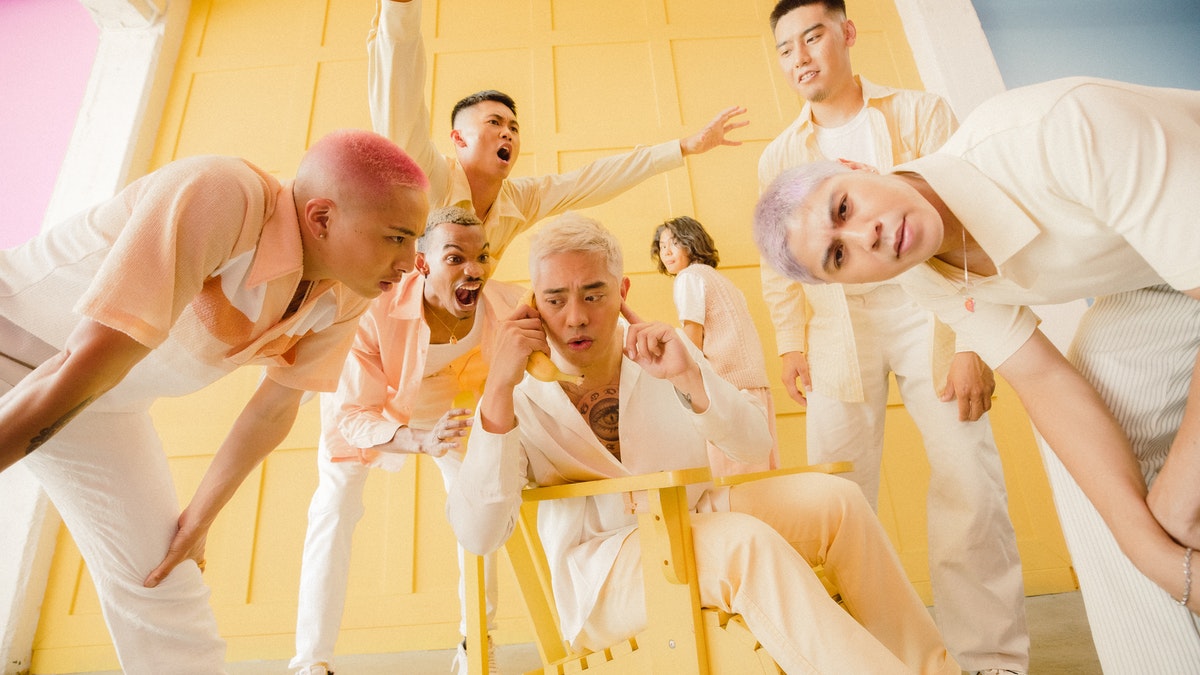 If there is one word that can describe the global Korean cultural phenomena, it’s THIS word.

Hallyu is a Chinese word that literally means “Korean wave”. From fashion to TV and film, Korean culture has invaded foreign shores. The world was only too eager to embrace the Hallyu energy and the encompassing invasion!

So, who are the most prominent K-Pop boy groups in the world today?

To discover what group dominates the K-pop stage, let’s look at the second largest search engine and the biggest video-sharing platform in the world -Youtube.

K-Pop Boy Groups? What Are They?

If you are an avid follower of popular culture, I think it’s almost sacrilegious to ask this question, but let’s just say there are still some people who have no idea what a K-pop boy group is. What??  Shocking, but it’s true!

Korean popular music, often known as K-pop, is a prominent type of music that originated in South Korea in the 90s and grew to fame over the 2000s.  K-pop songs have a wide range of musical influences, including hip-hop, electronic dance music, jazz, and rock, and are performed by ensembles ranging in size from four to twenty-one members. 🎤

A K-pop boy group is made up of different male idols, most of them Korean members who underwent years of training in different talent agencies.

Teenagers and young adults have developed a cult following for the new generation of K-pop idols due to their catchy songs and smooth dance moves.

So, if Korean culture comes in waves, K-Pop boy groups are a tsunami!.🌊🌊

But how did K-pop become the iconic phenomena that it is?

The Rise of K-Pop

Unlike other musical genres, K-pop has a definitive start date.

It was April 11th, 1992, when the groups Seo Taiji and Boys appeared on television for the first time. They became popular in the mid-1990s for experimenting with many musical

They are credited with changing how Korean pop music sounded despite the predominantly conservative general population at that time.

And the most notable innovation they introduced was incorporating rap into K-Pop. So, if your BTS bias is Suga, and you like how he raps in their MV, you have Seo Taiji and Boys to thank. 👏

After their debut, the big names in the Korean music industry formed their roots.  SM entertainment started in 1995, JP Entertainment in 1997, and YG Entertainment entered the fray in 1998.

H.O.T. was the very first K-Pop group to exist, debuting in 1996. The group has been credited with establishing Korean pop culture, and their formula is still used today.

The new millennium marked the 2nd Generation of K-Pop groups. It was a time when K-pop started making some noise on the international scene.

With the K-Pop boy group “recipe” now in place, it produced notable icons such as G.o.d (or Groove Over Dose) debuting in 1999, Super Junior debuting in 2005,  and BIGBANG appearing in 2006.

The 3rd Generation of K-Pop groups includes those which debuted in 2010 to the present.

Over the last five years, we have seen a tremendous growth of K-Pop's influence in the music, fashion, and film scene.

K-Pop idols of today are not only releasing music videos, but they are also impeccably styled and socially conscious, reflecting pressing world  issues in their art form.

K-Pop boy groups are now gracing magazine covers, talk shows, and high-profile award ceremonies in the United States. For the first time in history, a generation is fawning over K-pop stars. They simply can’t get enough! 💖

Now the big question is: Who are the kings of K-Pop on Youtube?

There are new Korean Boy Groups launched every month, but only those with  the most subscribed make it onto the list of the 10 most popular K-Pop male acts on Youtube.

The wait is over.  Here they are.

NCT is short for Neo Culture Technology.  They consider themselves as a new boy group concept since they have an unlimited number of members. They are a South Korean boy band that made its first public appearance in January 2016. NCT has four subunits namely, NCT U, NCT 127, NCT Dream, and WayV.

“Hot Sauce” is a record-breaking MV by NCT Dream. Around 20 hours after its upload, it gained 25 million views. It’s the first time for an SM artist to reach this number of views in such a limited time!  Talk about insane!

Want to learn to dance like NCT? Here is a tutorial video from Steezy on dancing NTC 127’s Music and dance Instructor Knicole Haggins leads the step-by-step guide.

Treasure is a Korean K-Pop group whose members hailed from the reality-survival program called YG Treasure Box. They debuted in 2020 and sold over one million copies of their album in just five months after they started!  Five!  😱

Here is an MV that you need to see:

This bright song with uplifting lyrics and vibrant sound borders on the cutesy style. It's a pleasant video to tune in to, and it's one of the most viewed videos on Treasure's channel.

Learn to move and groove like Enhypen! Kathleen Carm teaches the steps on how to get their dance Fever here:

Enhypen was born out of a 2020 survival competition show. The 7-member K-Pop group made their first public appearance in 2020 with their EP Border: Day One.

Unlike most upbeat K-Pop songs, “Feve”r is moody and slow-paced, but don’t let that fool you! That doesn't mean you can't dance to it! 💃🕺

Here is a dance tutorial from Kathleen Carm teaching the step-by-step moves of “Fever.”

Seventeen or SVT is a 13-member group and is proudly described as self-producing. Meaning, they are actively involved in writing their own songs and choreographing their performances. The group arrived on the K-pop stage in 2015 and their album appeared in Billboard's 10 Best K-Pop Albums of 2015.

“Left and Righ”t is a departure on SVT's usual style with its modern hip-hop sound.

Dance like a Seventeen member! In this video, Ellen and Brian, Steezy Instructors, teach you how to dance “Left and Right.”

iKON first appeared onstage in 2015 with their debut album Welcome Back. The album sold 260,000 copies in Asia alone and was considered a huge commercial success.

Here is an MV that you need to see:

This MV has the right feel, and the mild synth pop music makes you relax, hitting the nostalgic retro vibe.

Get grooving in this Dance Practice video of iKON’s  “But You”:

The dance practice will make you feel like dancing the night away. And what better way to learn the steps than observing iKON themselves during dance practice? I can’t think of one!

EXO debuted in 2012 and they are known to release music in diferrent languages, namely, Korean, Japanese, and Mandarin. EXO is an award-winning band, garnering five consecutive Album of the Year recognitions at the Mnet Asian Music Awards. They also won two Artist of the Year awards at the Melon Music Awards.

“Love Shot” has a really addictive chorus and overall, it is smooth and balanced MV with strong vocals.

Yes, you can dance like EXO! Here are Steezy Instructors, Ellen and Brian, dancing to “Love Shot.”

TXT is short for Tomorrow X Together. This five-member band debuted in 2019. Their first mini album, The Dream Chapter: STAR, was released on March 4th, 2019. Unlike most groups, there are no fixed places among the group; they shift with each comeback/song.

The song's production is nearly flawless. It's tight with lots of energy and grit, propelling the melody forward with terrific coordination. It highlights the most crucial points. Plus, the verses pack a punch! 🤛

In this video, Leia explains how to dance “Good Boy, Gone Bad” by TXT.

Stray Kids was formed as a result of the survival program of the same name. The band made its premiere on March 25, 2018. They are also signed to Republic Records as of February 10th, 2022.

If you are a Stray Kids fan, you probably know this MV:

One word. Groovy. “Back Door” is intense, and the thumping chorus is catchy, complementing the shouty vocals. 🎙🔊

Move like Stray Kids and learn how to dance “Backdoor” from Steezy’s trusted instructor, Linda Wang:

We’re down to the last two K-Pop Boy Groups on our list and we have saved the best for last! In second place is one of the most influential K-Pop groups ever created - Big Bang.

Big Bang debuted in 2006 with its original 5 members. In 2019, however, Seungri announced his retirement. Big Bang holds the title of the "Kings of K-Pop," and they are instrumental in keeping the Hallyu craze alive on western shores. Their strong stage presence and bold musical experimentation catapulted them to fame that shows no signs of slowing down.

Here is one of their most iconic performances that has almost 600 million views on Youtube:

The first minute of “Bang Bang Bang” is full of Big Bang energy, beginning with an intense synth riff and handclap-fueled intensity. The verse and pre-chorus create frantic energy that few songs can match, plunging you straight into the mayhem with an unyielding rhythm and an array of electronic sounds.

And here they are ladies and gentlemen, the undisputed most subscribed K-pop boy group in the world with a whopping 66.5 million subscribers… and still counting! Drum roll please!

BTS or Bangtan Boys debuted in 2013 as a hip-hop group. The boys’ musical style evolved through the years, and now they have incorporated other musical genres. The group is known to touch on social issues like coming of age, mental health, individualism, and self-love.

They are the best-selling K-Pop artists in South Korean history, with over 32 million albums sold. Since their debut, BTS has garnered multiple awards, not only in Korea, but also in other parts of the globe. The group is also considered one of the 100 most influential people in the world, and South Korea recognized their special contribution to spreading Korean culture by making them the youngest ever recipients of the Order of Cultural Merit. 🥇

Truly, BTS has cemented its place in K-Pop history.

Astro’s first public appearance was in 2016, and they debuted with their single “Hide & Seek” from their first EP Spring Up. Spring Up rose to #6 on the Billboard World Albums Chart in the United States, as well as #4 on the Gaon Music Chart.

Here is their recently released MV:

“Candy Sugar Pop” is an uplifting and lively MV with pop elements from old school funk and disco. I enjoy how the music keeps its vigor from beginning to end, never losing its vibe and energy.

Want to learn to dance like Astro? Here is a tutorial video on dancing Astro’s “After Midnight” by Kathleen Carm.

If you are still having doubts about whether you should dance K-Pop or not, consider this as a sign to start learning. Ride the hallyu wave and experience how exciting it is to dance like your favorite idols today. 🌊🏄‍♀️🏄‍♂️