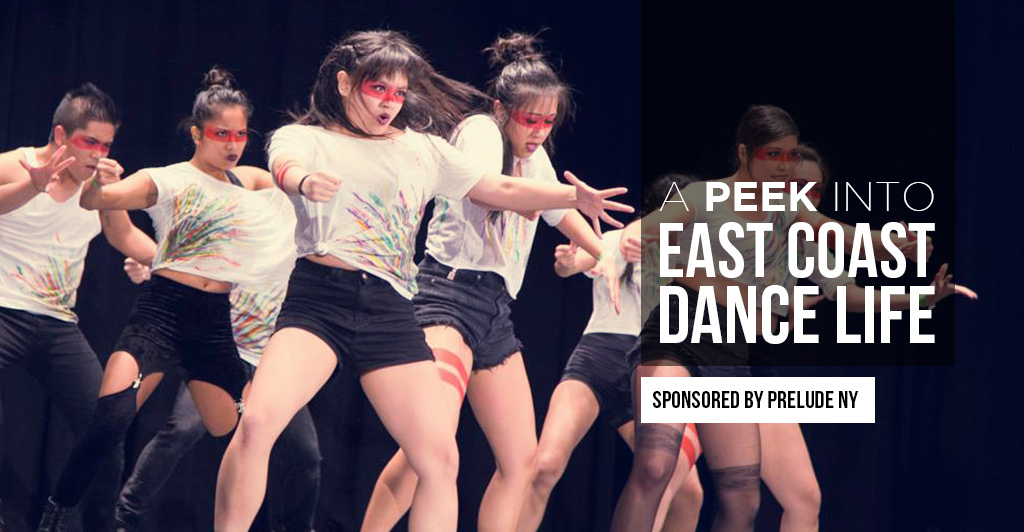 This is not a negative thing (nor is it positive, we suppose), but it’s just a fact!

Have you ever watched SYTYCD (earlier seasons) and seen the differences in styles and practices from the New York auditions to the LA auditions? Have you ever watched Dance Moms and watched Abby’s girls from the East Coast get DEMOLISHED when they tried to compete against West Coast dancers (except for Maddie)? We know it’s difficult to fathom, but YES, THERE IS A COMMUNITY OUTSIDE OF THE WEST COAST DANCE COMMUNITY BUBBLE!

For those of us who have not been fortunate enough to travel around the world and see different dance techniques and practices, we are naive to the communities outside of ours, but they’re alive and well and as hungry as ever. We were able to speak with David Thomas, the director of WRT-The Collective (winners of Prelude NY 2014) and gain some knowledge about what’s going on in the other side of America. WRT (“We Run This”) started in 2006 as a high school team, and David wanted to continue to build a company full of hungry and dedicated dancers.

The team hopes to continue to give dancers an arena to grow and create and inspire. Answering a few more of our questions, David was able to provide more personal insight about the team as well as the East Coast community as a whole.

Describe Your Dance Team in 3 Words.

What is your biggest challenge as a dance director?

Consistently bringing something different and challenging to the table for everyone on the team, including myself.

NYC has so many dope dancers and a lot of heavy hitters- it's just that some of our outlets aren't as powerful or wide-reaching as they are in the west coast. But we OUTCHEA!!

What is something you wish West Coast dancers could experience in the East Coast?

There's a different kind of hunger and rawness out  here. East coast dancers are like lions looking for a meal, determination, drive and focus a beast all in one.

What is something you wish you could experience from the West Coast?

I guess I would like to experience the 'community' in the west coast dance scene. It has such a dense saturation of dancers in one area, who are all so supportive of each other. There isn't as much opportunity out here as there is in the west coast, which pushes each individual dancer harder to make their own opportunities.

‍It is clear that something is out there on the East Coast; the scene is alive but has not yet formed together to something as dependent as the West Coast’s dance community. But of course, every community has to start from a few individuals who are ready, eager, and hungry to make something bigger and better. Think back to 10 years ago -- most of the West Coast community dancers were fetuses (that was kind of serious), and the ones who were not had a different sense of community than what it is today.

Back then, it might have been smaller, more close knit, but still as supportive as ever. The East Coast has plenty of amazing dancers to make a strong community where dancing meets sharing passion meets becoming lifelong friends you JUST CAN’T GET RID OF meets getting fat on school nights after late night practices. Instead of being an individual doing great things, which is a cool thing to do and you go Glen Coco/you do you booboo, why not create something inspiring for dancers on the East Coast to thrive in? It only takes a few minds to create an idea, and it only takes a few supporters and friends to create a community, so what are you waiting for?

How to support your fellow dancers?

If you’re a dancer, become a supporter for other dancers (maybe by going to Prelude NY this weekend), become a fan of others’ works, become a mentor for a new student. By creating, supporting, and sharing, the East Coast will be well on their way to giving the West Coast a run for its money.If you don't have tickets yet, get your Prelude New York tickets here!

‍If you want to learn more about what's going on in the east, checkout this crash course on the east coast dance community!