How To Dance In The Pocket

How To Dance In The Pocket

dance in the pocket
how to be a cleaner dancer 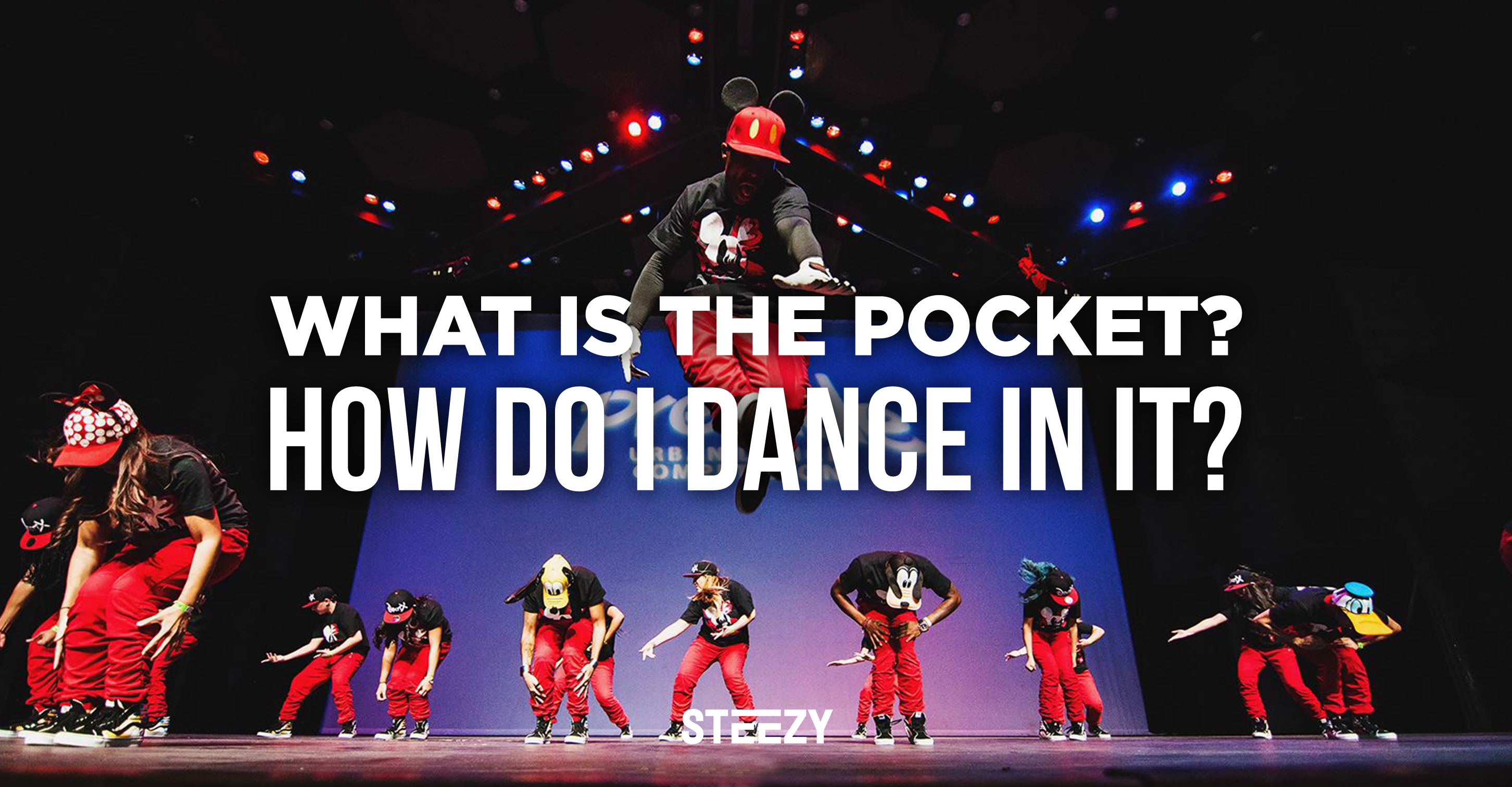 We always say that someone’s sooOoO “in the pocket” when they dance.

But 1. What does this even mean?

Keep reading to see how YOU can make like a baby kangaroo and dance…in the pocket!!

The Early Bird Gets The Worm.. But He Ain't In The Pocket

When I first started dancing, I didn’t even realize I was doing something that made my dancing look really underwhelming.

I was always dancing too early!!

That’s like, the opposite of dancing in the pocket. I was totally out of the pocket.

Since I was new to learning choreography, most of my focus was on trying to learn the moves.

I felt anxious about “getting it,” making me anticipate the choreography and hit everything prematurely.

This robbed the piece of its effect.

If you can’t figure out why your dancing just doesn’t seem to look as cool as others’,

ask yourself, “am I too early?”

What makes being “early” look not-so-great is that you’re not matching the TIMING of the sounds you’re hitting.

So even if a move is right or clean you’re not actually hitting it when it needs to be hit.

It’s like a poorly dubbed anime. You’re seeing a character’s lips move half a second before they actually speak. (Ugh, hate that.)

It may sound too simple, but...

REALLY REALLY LISTEN TO THE MUSIC.

You have to understand something before you execute it.

Get to know each and every sound you’re dancing to so that you can wear it on your body.

See Related Video: How To Get The Most Out Of Dance Class

Here’s a visual representation of what it means to be in the pocket:

When you’re early for a move, you’re cutting off the previous move.

Waiting til the very last minute to change pictures or hit something will allow you to fully complete through the previous move.

Don’t interrupt it by prepping for the next move. It should transition the way the sounds in the song transition.

So be patient, wait, and if you’re a little late to hit Move 2 – hey, that’s still better than being too early.

Point is, try to give each move has its own... “pocket” of time.

When we get too mathematical about the choreography, we forget that we’re meant to dance to music.

Yes, not being too concerned about the moves comes with having good pickup…

But once you have the moves down, don’t stop there.

Let your body feeeeel the sounds you’re dancing to. The intention behind the song. The textures and dynamics.

Once you let yourself loosen up a bit, you can really be able to dance it with the right timing.

You can fixate less on the choreography and more on wearing the music on your body instead.

Ready to go pocket up?? Use these pointers to be right on time for all your moves!

‍Explore how other dancers are executing their moves on STEEZY Studio – you can slow down the video player to get a really close look and listen on their timing!

Sharing is caring.
Copied to clipboard

What Is Hip Hop Dance?

Why Fusion Dance Competition Is About More Than Just Dancing