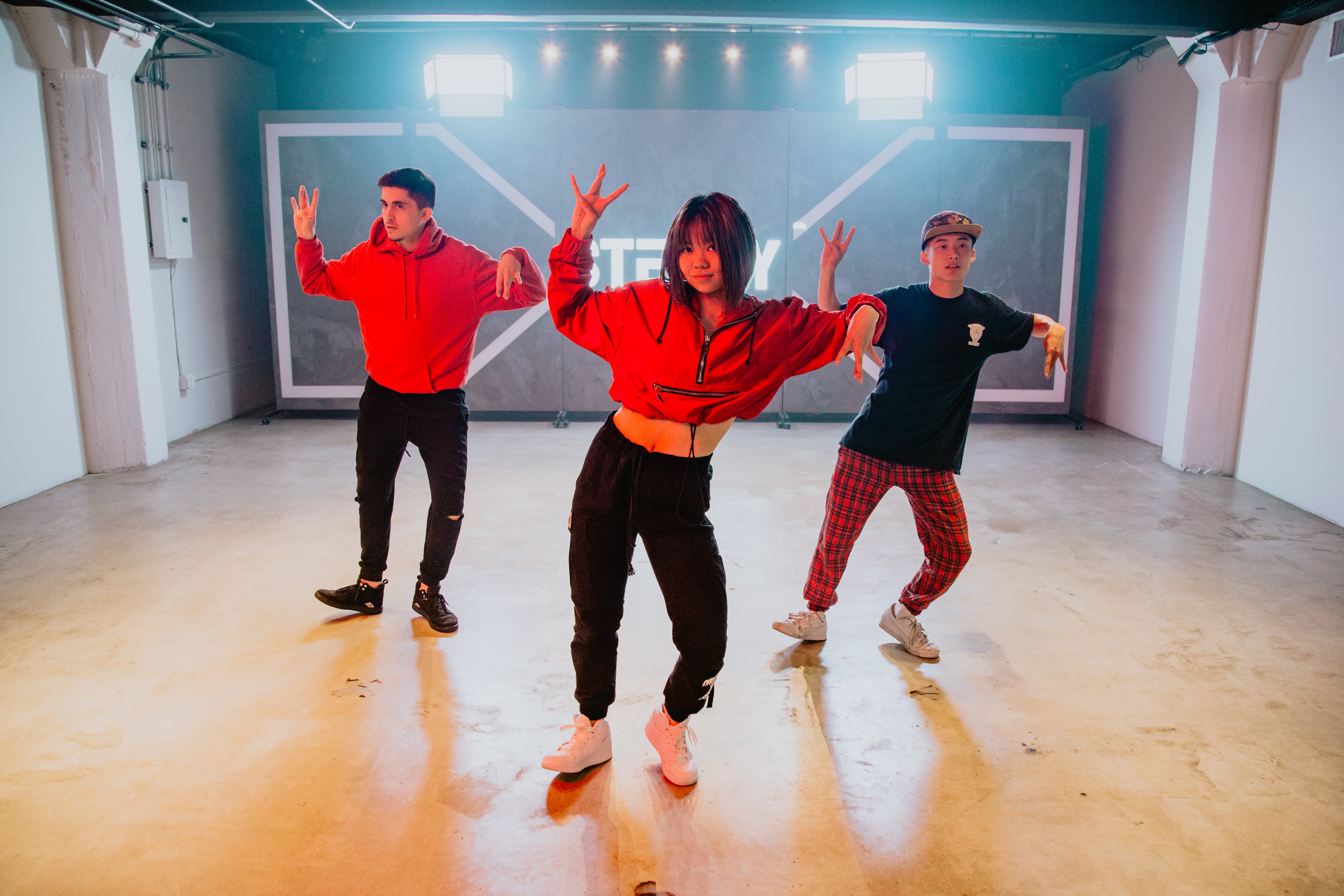 We use an 8-count to break down the structure of the music.In dance musicality, the 8-count is sort of like a map to know when you do a certain move.

For example, if a choreographer says that a move executes on "the 5," you're going to count into the music: "one, two, three, four, MOVE."

‍The counts in between – "and" counts – are used to mark 16 counts. "one and two and three and four."

As a result, there are more markers in the music – so we use the "and"s and the "and e"s for faster-tempo pieces.

‍Polyrhythm refers to two or more rhythms within a tempo. Polyrhythmic patterns are marked in African music and drum beats.

What are those sounds in music called?

All right, so we got the gist of the timing.Now, what's going on in those counts? Let's give those "sounds" a name.

(*We're not going into every single sound found in the history of music! Just the basics, so as not to overwhelm or overcomplicate.)

You'll discover different combinations of different sounds in layers and layers of any song. Get used to dissecting music so that you can name which sounds are what!

You'll start to see patterns of sounds as you keep studying a song.

Maybe there's a bass on each odd count, and a snare on every even count – "boom ka, boom ka"

‍Paying attention to those patterns will get you even more fluent with dance musicality.

Since each texture has a different look, it can match a different sound.For example, a move that’s quick and sharp better matches a snare (“ka!”)

Because your body needs to understand and move like the sound, experimenting with different textures is the key to great musicality.

What is dance musicality?

Dance musicality is how we hear, interpret, and dance to music.

Dancers can demonstrate dance musicality in several ways – which sounds they choose to dance to, how they highlight the sounds, how they emote the mood of the song.

Check out these 2 pieces to the same song that are completely different in both style of dance and musicality choices.

Do you hear/see the differences in Charles and Chris' dance musicality?

Now, watch these 3 pieces to the same song.

3. How Many Drinks (Miguel) – Law Devera

They're all so different, right? And dope, in their own ways.

This is because Carlo, Pat and Aggie, and Law listened and choreographed to the song using their own musicality.

In addition, great choreographers also have unique ways of moving to music that bring out sounds you might not have heard when you’re just listening to the song.

For example, were there any sounds in the videos above that surprised you? Now, you'll never be able to un-hear them!

How to use dance musicality

Choreographers utilize different ways of execution, timing, and textures to portray how they hear the song.

Not sure what textures are? Read this: What Are Textures In Dancing?

‍If you are familiar with the different sounds that make up a song, then you'll know how to execute moves to better portray those sounds.

In the next section, we’re going to get your body ready to move.

Thanks! You're In.
Oops! Something went wrong while submitting the form.
Inside Steezy Studio