How To Create Meaningful Blocking And Staging

How To Create Meaningful Blocking And Staging 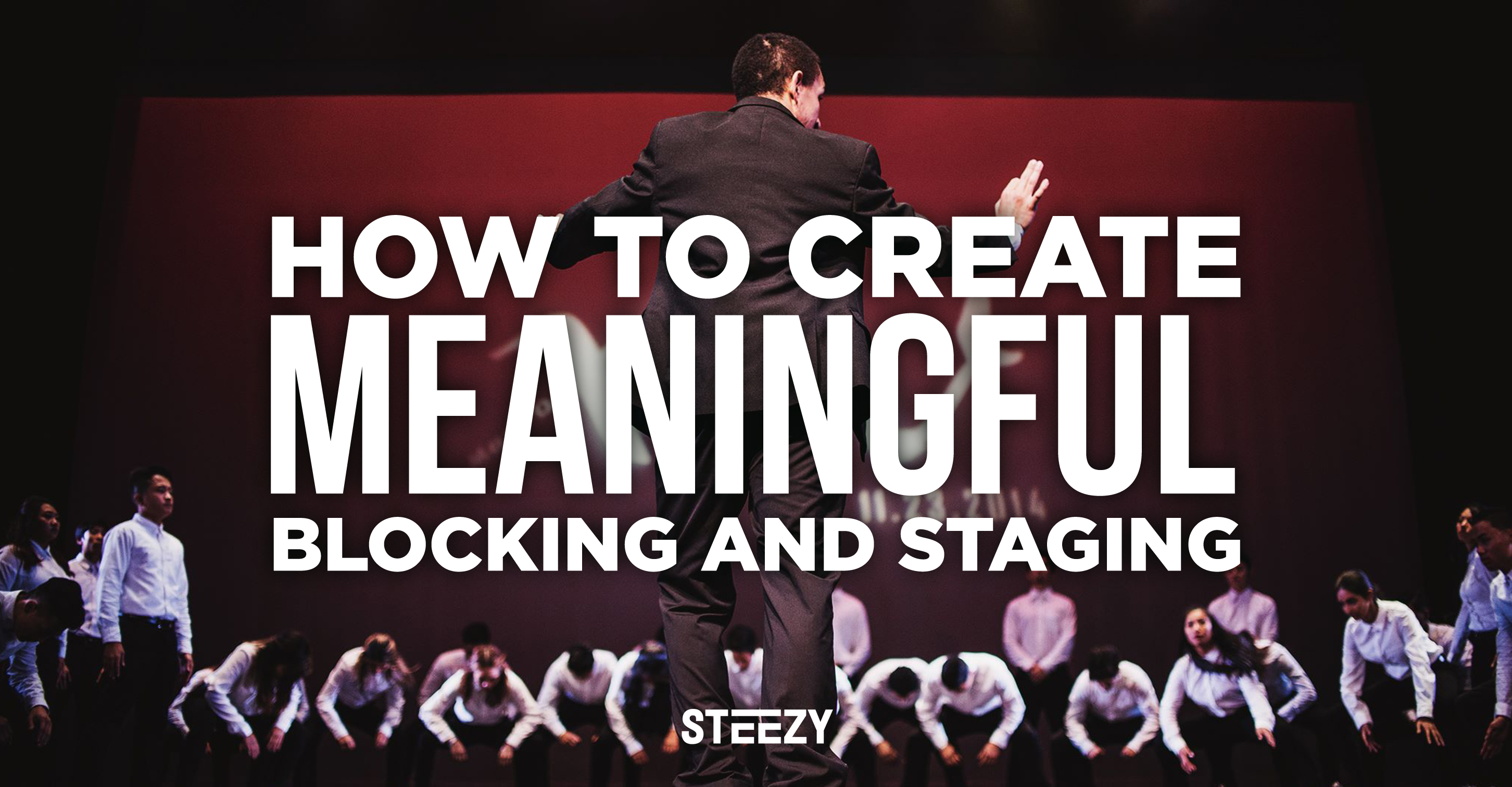 Let’s start at the top: creating meaningful blocking. I’ll assume most of us can at least tell the difference between seeing really amazing blocking versus blocking that’s just there. Really good blocking pulls us in, plays with our focus, and works with the choreography to enhance what’s there. We might as well start with some examples:

Two incredibly dope, very different sets with completely different modes of blocking that complement the choreography.What works for one set will not necessarily work for the other.When you think about meaningful blocking, it’s important to examine what you’re going for in terms of feeling or aesthetic.You don’t start building a house without a blueprint and you don’t start blocking a set without a general idea of how it’s going to progress.

If you’re making a thematic set, its probably important to incorporate blocking that moves the story along and builds atmosphere.

Play with numbers of people on stage.

Experiment with how many people on stage are dancing vs. accenting movement.

In the Cookies set above you’ll see a lot of people on stage but they’re not always dancing.

Near the beginning you only have 6 people dancing but the set feels busy because everyone else is walking around in the back.

In the couples piece you have 18+ people on stage but the vibe is still intimate because the blocking forces you to only focus on a few couples at a time.

Watch the set again with an eye towards when people exit and enter the stage and what effect that has on the feeling of the piece.

That’s not to say that having a bunch of accents and stillness on stage is the best way to block a piece.

Don’t be afraid to play to your strengths too.

If your team is incredibly clean, large numbers of people on stage all doing original choreo can look pretty badass. Sometimes simple is better.

Where Is The Audience Looking?

Experiment with where you’re drawing focus on stage. People tend to hone in on certain dancers (usually the ones in the middle). Figure out ways to disrupt these patterns.

Use strategic movement to draw focus across the stage. GRV and AOV are really good at doing this when they set up their blowups.

Remember back when every team was really into iso pieces and the whole stage would just look like one really trippy picture made up of arms and legs? That was awesome.

Think about how the whole stage is going to look. It’s really interesting to watch a set that moves your focus from a narrow spectrum and then expands to the entire stage because it keeps your eyes from getting bored.

I realize that a lot of these points are quite vague. I also know I haven’t talked about the strength of a pyramid or the effectiveness of using a diamond or long diagonals, and that’s because results will vary. Like I said, what works for one team is not always going to work for another. What really matters is that you put some thought into your blocking. Are you trying to re-create a movie on stage? Are you just trying to do something that looks cool? That’s awesome, but try to think big picture: what feeling are you going for? How does this look from an audience perspective? Once you’ve got that figured out, all that's left is to experiment with what works, and what doesn't.

Do you have any additional tips for creating meaning blocking on stage? Add a comment below to add to the list!

Tags:
dance competitions
choreography tips
Sharing is caring.
Copied to clipboard
You're in.
Try that again...