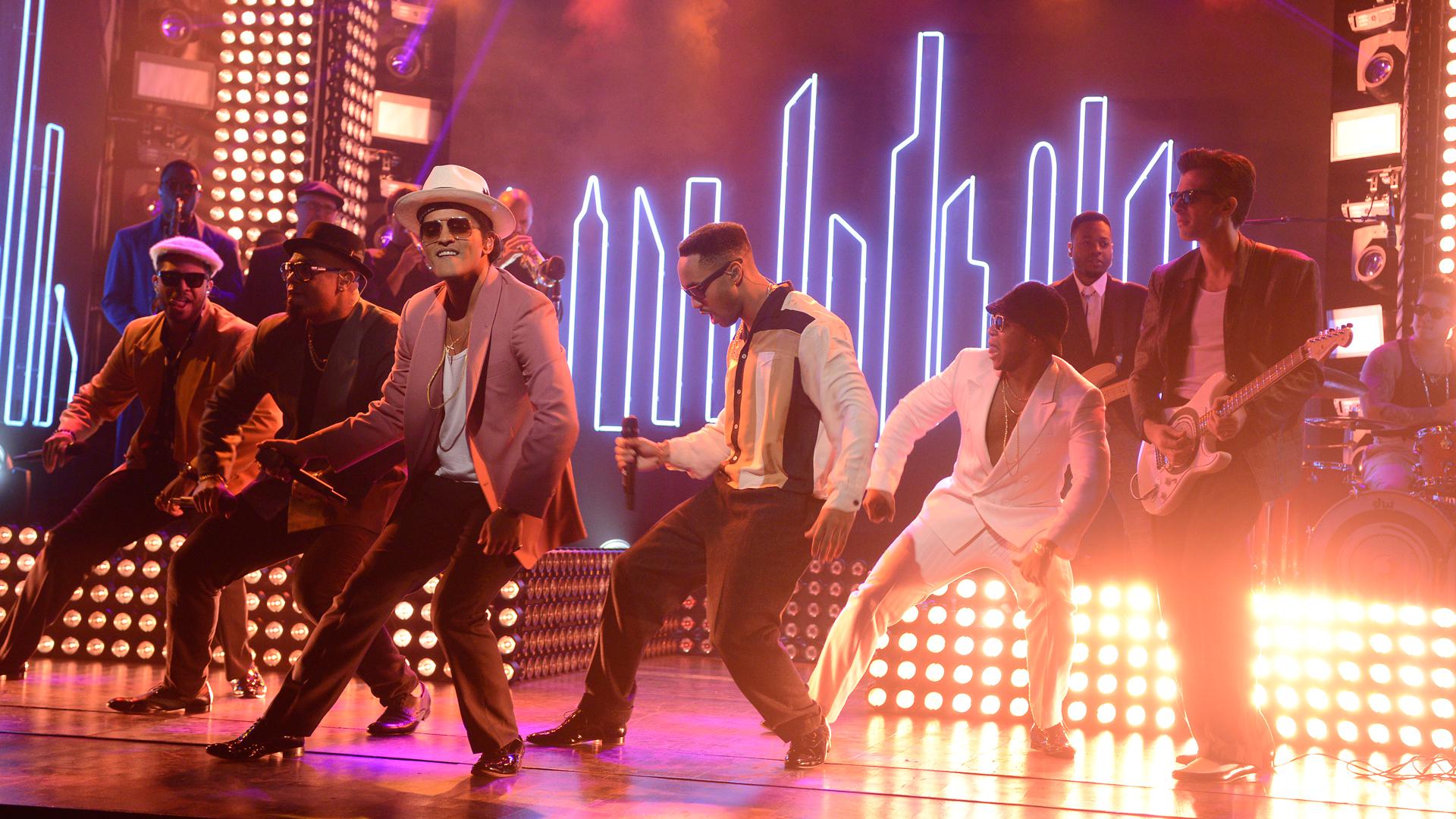 We believe Bruno Mars is one of the greatest entertainers of our generation. So, it's only fitting that we'd wanna break down one of his biggest assets: his dancing!

In this blog, we’ll dive into the 3 main ingredients that make Bruno Mars’ dancing so special:

Plus, we’ll leave you with some tips to help you dance more like Bruno as you move through your own dance journey.

Be sure to take a peek at STEEZY Studio for 1500+ classes that'll help you grow as a dancer, including some that'll teach you how to work out like a dancer.

Now let’s jump into it!

1. Don't be afraid to imitate

Bruno has always proudly imitated his heroes and honored them from the get go.

From being the world's youngest Elvis impersonator at 2 years old, to working as a Michael Jackson impersonator when he was only 15 in high school.

‍
He loved and mimicked these legends, as well as the “Godfather of Soul”, James Brown.

Well, it was actually through video tapes! Bruno's dad would give him VHS tapes of his favorite artists, and he’d watch them, study them, and then do the choreography exactly like in the videos.

Check out the parallels below between Bruno and James Brown, for example:

You'll see further similarities when you watch videos of  Bruno and  Elvis!
Or Bruno and Michael Jackson!

If you’d ask me, I think it’s admirable that he didn’t feel the need to reinvent the wheel. Instead, he saw an opportunity to continue what these legends already brought to the table, and ran with it.

It’s ok to try to imitate your favorite dancers (just be sure to give credit). ‍

Whether you aspire to be a professional dancer or you've started learning the basics, imitation is a great way to discover what feels good to you.

When we look at Bruno Mars, none of those moves were original but he still manages to make us feel more engaged with his dancing because he’s not hiding the fact that he’s imitating these iconic performers.

So, set aside your fear of looking stupid, awkward, or "not as good as everyone else."

Instead, copy with confidence!

For more confidence building, be sure to catch these 6 awesome tips!

Every dancer has a few “go-to” moves or poses that serve as a foundation for their movement style. Then, they add facial performance, timing switches, little shoulder raises – all the things that give those foundations character.

Bruno’s base foundational movements appear in almost every dance that he performs.

All moves and foundations that you can actually learn from the comfort of your own home with STEEZY Studio. ;)

But there is one subtle yet powerful tool Bruno uses that most of us may overlook: his hands.

He uses them in the most relaxed, confident way. No force, just good vibes. They are never tense or stiff. His hands express a relaxed confidence.

You can see it when he playfully signals and gestures at his crew on stage or in music videos.

Or when he is in full dance mode and uses his hands to accent different movements.

Notice how he rarely makes a full, tight fist. He allows his fingers to hover, almost like he just got a fresh manicure.

‍
This allows Bruno to tell a story without singing a word.

To start off, these hand movements are actually called gesticulation.

These are the movements we use while talking to better express or emphasize our words.

Although most musical artists do use this when they’re singing or talking to the audience, Bruno manages to even integrate playful gesticulation into full out choreographies!

1. Stand up straight with your arms and hands hanging down on each side of your body

2. Keep your fingers loose and let the space between them form naturally

3. Bring your hands to the side, lift them half way up with your elbows bent, or lift them above your head – all the while, keep the hands and fingers loose

4. With some fun music playing, practice making different poses with your body, while focusing on allowing the hands to stay loose and chill

Remember, Bruno literally looked like he had a fresh manicure so handle those babies with care.

Although Bruno wasn’t born and raised in Sacramento, he certainly did make his way to the top by including some of that Sacramento flavor into his performances.

Until around 2014, Mars’ dance style had been mostly based on moves that were popularized by his predecessors.

That is, until the release of his hit song with Mark Ronson, "Uptown Funk."

This was when dancer Phil Tayag, one of the original Jabbawockeez and creator of the Boogie Monsters in Sacramento, started dancing and choreographing for Bruno.

Then, Phil’s original move, the Sacboy, became a staple in Mars’ new and improved dance vocabulary.

Soon after, Bay Area moves like the Yike and even the Smeeze (created by Chonkie of the Turf Feinz) also made their way to his grand performances.

Just like Bruno, spot the people who can support you in becoming a better dancer.

Having someone to coach you into finding your unique style can be a huge help.

And if you wanna dance just like Bruno, try learning from some Sacramento-based dancers!

Another great way to start your Bruno-based dance journey?

Learn how to dance like Bruno Mars by dancing to his songs! Check out these classes to get down to some Bruno beats on STEEZY Studio.

There’s a 7-day free trial so you don’t have to commit to anything, but we’d love it if you gave your dance skills a chance to thrive.

Check out these latest posts: