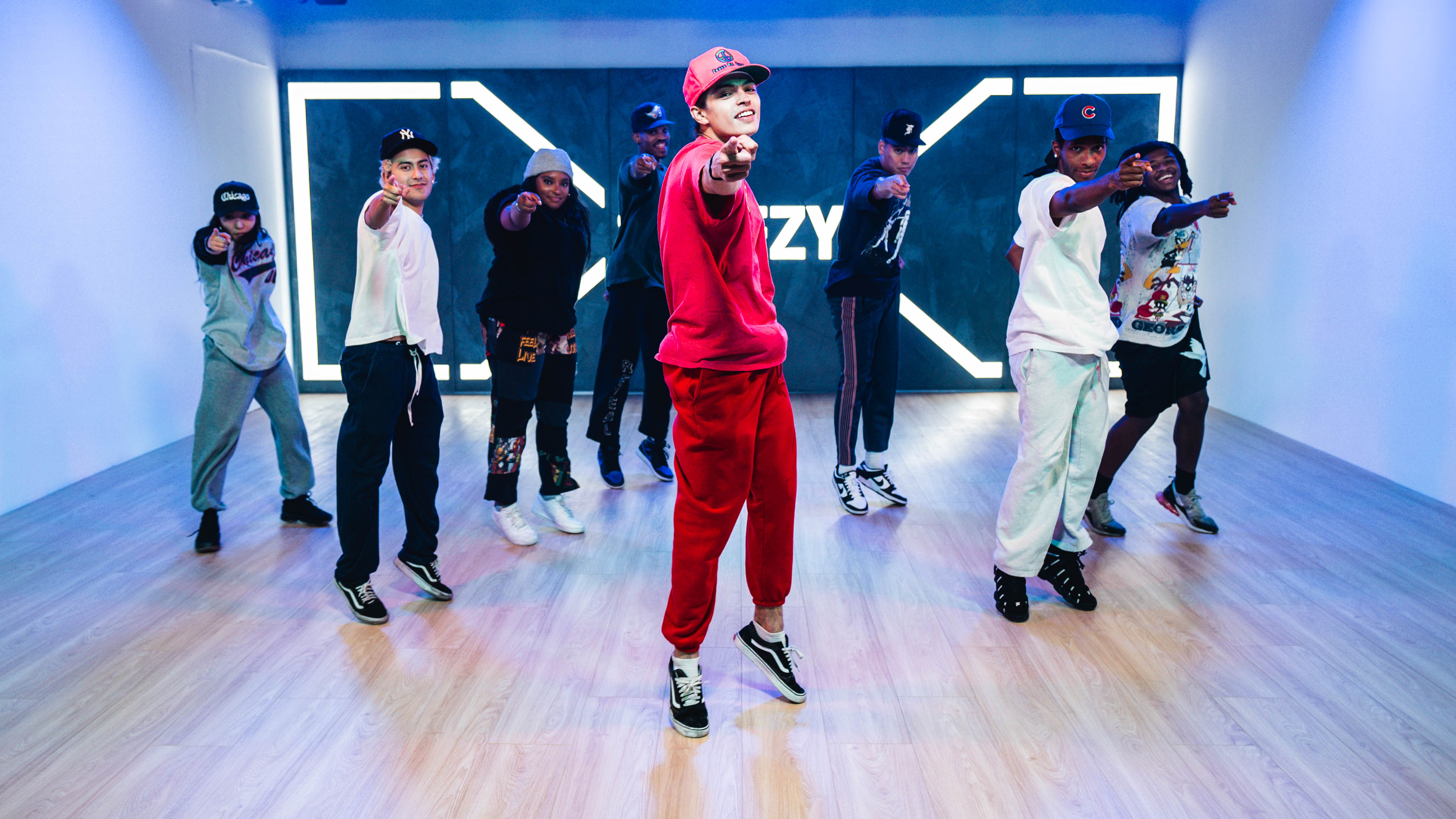 Whether you know him from watching his viral videos, his performances as a member of Mos Wanted Crew on ABDC, or somewhere else, Ian Eastwood is a household name in the dance and choreography community.

His choreography credits for artists like Justin Bieber and Chance the Rapper are nothing to scoff at, and his dedication to the artistry of dance and fostering the growth of young dancers is just as impressive.

Since he was young, Ian has made the most of his strong environmental, personal, and technical foundations to develop his own style.

We can’t go back in time and do the same, but we can learn from Ian’s influences to better understand how he moves.

For example, his parents (who were both artists) put him on to all kinds of music, from Moby, to Earth, Wind & Fire, to The Beatles.

Widening your range of music tastes is a great way to work towards the versatility that Ian is known for.

He dances to rap, R&B, pop – the list goes on, and his movement is equally diverse.

There was one music video in particular that made Ian Eastwood want to pursue a career in dance –  Michael Jackson’s “Smooth Criminal”.

Throughout choreography like this, MJ not only hits every move with both incredible intention and precision, but also demonstrates his training in styles like Popping, Locking, and Jazz.

Following in his heroes' footsteps, Ian has studied several street styles to inform his dance foundation, in addition to Jazz and Ballet.

He even attended the Monsters of Hip Hop dance convention as a kid, and had the opportunity to train under Popping OG’s like Popin’ Pete, Mr. Wiggles, and Suga Pop!

Learning the basics of Popping is a great place to start you journey toward dancing like Ian, as it's one of the styles he draws on most frequently in his choreography.

Check out STEEZY's beginner Popping program for a crash course on how to pop each part of your body, right at home.

2. Learn about his favorite stylistic choices

Now that we’ve touched on Ian Eastwood’s fundamental influences, we can look at his stylistic choices and commonly used techniques.

In no particular order, these include isolation, sharpness, continuity, dynamic textures, and gestures.

Try consciously focusing on one or more of these concepts, and you should see some overlap with Ian Eastwood’s style and your own!

The emphasis on isolations, sharpness, and continuity must be at least partially coming from Ian’s training in Popping.

Not only does Ian display excellent body control with his isos, but he also starts and stops them with pinpoint precision.

On top of that, Ian is a master of musicality.

In his “Nothing Feels Better” piece, you can see moves like a fluid series of hand placements to match the soft vocals, and a threading leg for a slow guitar chord join to form a piece that oozes warmth and good vibes.

‍
Matching movement to sound is a skill that comes with practice. Try listening for a specific voice or instrument in your song of choice, then play around with different moves to see what feels like a good fit.

For example, a chest pop might go well with a heavy bass, but a chest roll might work better for melodic vocals. Or, a general quality of movement like “relaxed” might fit with an emotional ballad whereas “explosive” could be a better fit for a song with a hard hitting hook. Keep on dancing with the sound of each instrument in mind, and you’ll be able to get as close to the music as Ian does.

Ian also likes to use wordplay gestures – especially if they connect with lyrics in the music.

This is complemented by his facial expressions, which seem pretty natural rather than forced.

So, try experimenting with gestures and facial expressions to channel Ian’s choreography. Put on a song that you know all of the words to, and freestyle while trying to depict as many words as you can with your body, hands, and face.

3. Take classes from Ian and his homies

Finally, there’s no better way to learn how to dance like Ian Eastwood than straight from the source.

And if you're not in a city where Ian's currently teaching, you can try out Ian’s online classes available on STEEZY Studio!

You'll be able to learn his pieces, step-by-step, plus certain classes come with a video explainer, so you can understand the choreorgraphy from Ian's personal perspective.

‍
As a prolific dancer and choreographer, Ian has also collaborated with and leant from many other dancers.

It'll help to take some of their classes too!

Check out Trevor Takemoto, a longtime Eastwood homie and member of the Young Lions collective.

Ian has also danced with Josh Price and Julian Deguzman – both hype, swaggy dancers who Ian works with frequently.

They all have classes on STEEZY Studio!

I hope this article showed you that there are plenty of valuable ideas and practices that you can learn from Ian Eastwood’s dance style!

With just about two decades of dance under his belt, Ian carries a highly distinct movement style that reflects his foundations, his passion, and his experience.

But truth be told, Ian’s most valuable asset has always been his love for dance, and that’s something that will only build with time as you continue to learn.

Keep your training going with classes on STEEZY – we have 1500+ classes and programs designed to help you reach any dance goal, mastering Ian Eastwood’s style included.