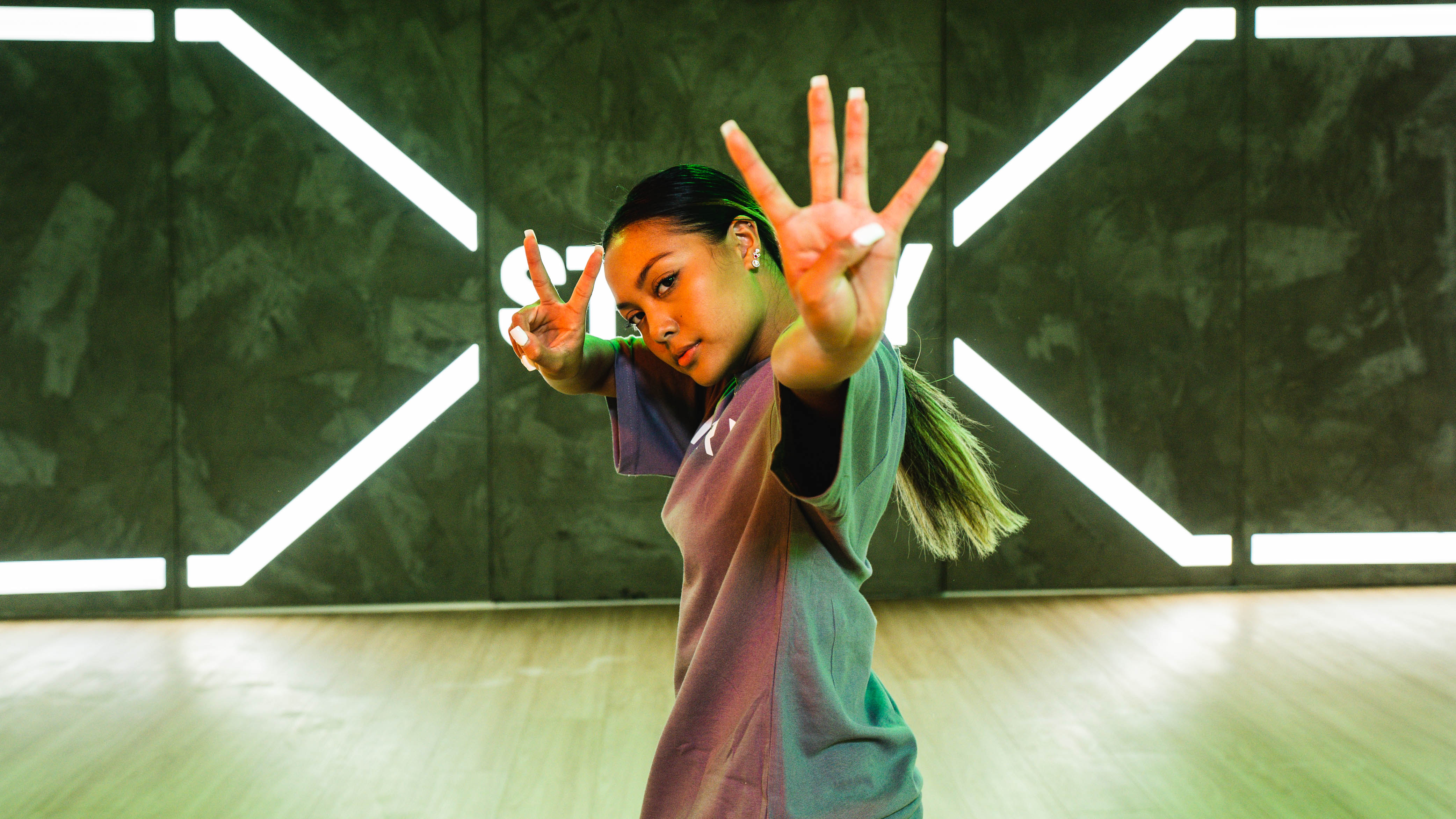 If you're trying to learn how to dance, you'll quickly find out that being able to count music is pretty key to picking up choreography.

After all, if you don't know what the instructor means when they say hit the move "on the 2" or jump on the "and"... you'll get pretty lost!

It’s about time we talked about how to count like the pros, so follow along this video to learn how to count music and stay forever on beat.

It's a much more complex and nuanced skill
that even really experienced dancers have a hard time with.

Let's start with the
basics.

Cool.
We're gonna keep doing this to the beat of the song

Hit it.
You hear that steady sound?

So the song goes from just having these steady "bomb, bomb, bomb" sounds

Alright that was step one to counting music like a dancer. Great job!

Clay, did you hear that loud
noise that happens on the 1 and the 5?

I want you to do something for me.

another interesting lesson to note here
is that this isn't the only way to count the song.

This is why sometimes when I ask people
"how many eight counts is your piece?"

they say "four or eight depending on how you count it"

alright, now let's break it down even more.

These are half counts.
They divide each of the whole counts in half

so on and so forth.
And these are called quarter counts

because, you guessed it, they divide the
whole counts into fourths.

we're gonna use these whole, half, and quarter counts in our next challenge really quick

Try it with the music.

Not so bad right?
Okay the next one is a mega challenge

but instead of counting by whole counts
or quarter counts

Sounds kinda like an open hi-hat.
It goes on every whole count

Next sound! The hi -hats.

and it's a lot more delicate of a sound
so let's just use our fingers to go...

where the counts are 8 e and.
Okay let's hear it out.

Now the fun starts.
The Basses.

I basically had to... bass-ically!

and sort of visualize when the basses were firing

and I'm gonna be the bass that's showing
you guys where it's happening. Ready?

now let's do it with the music

When you're dancing, you're not just dancing to the whole counts or just the triple hi-hat

Cause that would be boring and repetitive.
You want to mix it up.

Yeah, choose or combine different layers
so that you can really showcase your musicality

I mean this isn't something that most people get right away.

For example in this part of the
song,

let's hear it out

and actively try to break down
the counts

and take our new rhythm and musicality classes

you can take both of these classes on
STEEZY Studio

that we come out with every single week.

Five six seven eight who do we appreciate? You!

For subscribing and leaving a comment.
You're so beautiful

and I love you.
Oh a lot of people say "I love Clay" in the comments.

Tags:
what is an 8 count
musicality
beginner dance tips
Sharing is caring.
Copied to clipboard