How To Make A Dance Video

How To Make A Dance Video 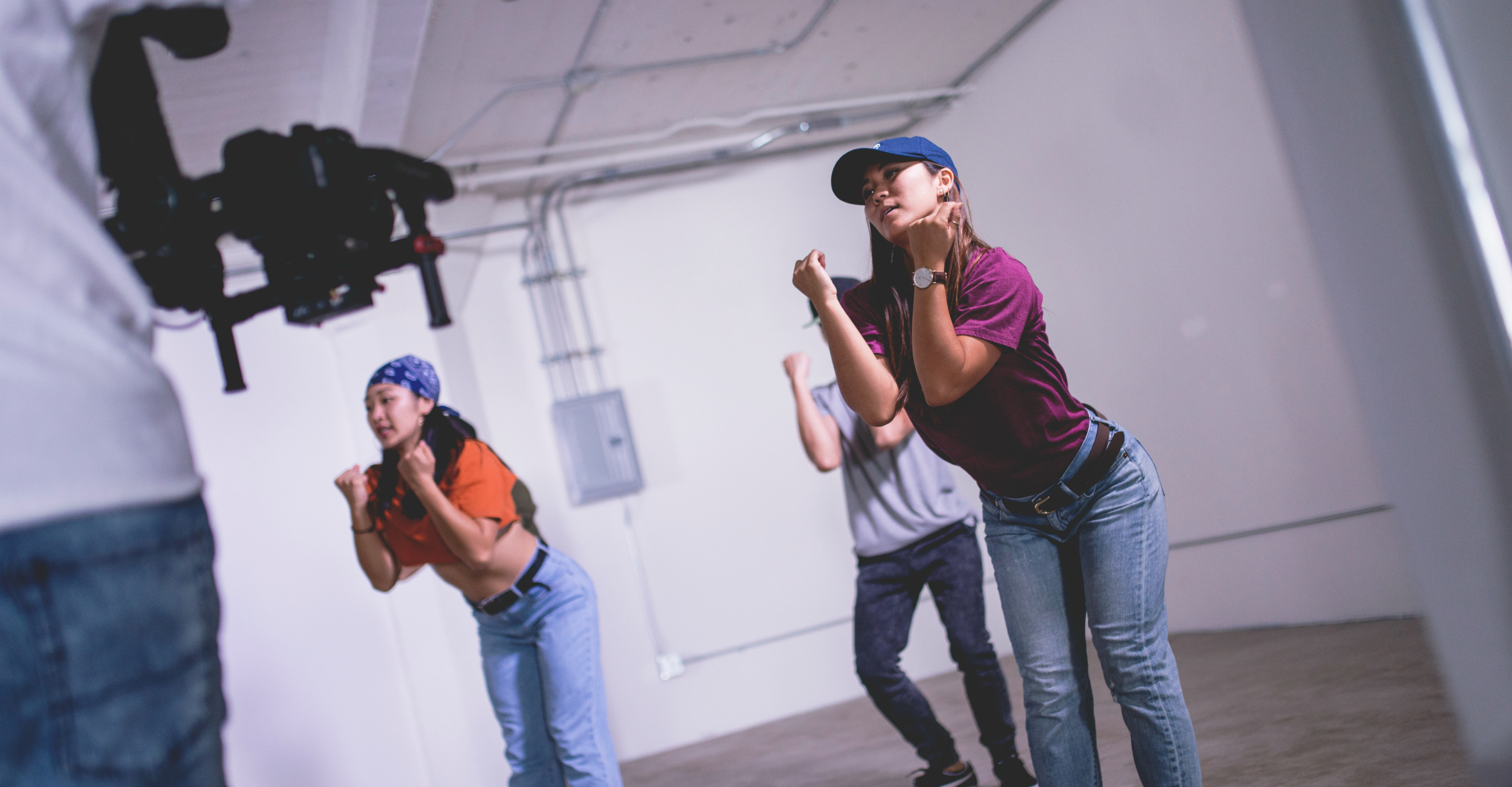 What is a dance video / concept video?

I suppose the simplest definition would just be a video with dancing that has a concept. A one-shot of you and your homies doing choreography in a studio or garage is not necessarily a concept video (not that there’s anything wrong with these videos). A concept video has some kind of unifying theme, whether that comes in the form of a storyline, aesthetic, allegory, whatever. The choreography should be in line with whatever idea you’re trying to portray. Let’s take this video for example:

Notice how there’s no discernible storyline here. But the video as a whole presents a coherent picture.The videography, special effects, choreography, and general aesthetic all work together really nicely.It’s abstract and beautiful and we need more of it.

So, how do you make a dance video?

Give a damn about your art. Push your creativity in ways that could end terribly. Real art is neither produced nor consumed at tedious lukewarm temperatures and at least when you fail spectacularly, you learn something from it. You grow your ability to tell stories, to connect with an audience, to think abstractly, and generally to access those parts of yourself that art allows you to access. If that sounds like something you’re interested in, then read on for some tips.

It’s painful, but don’t be married to your ideas. Scrap your first idea, then your second, and then your third. It may seem counter-intuitive, but constraints breed creativity. If you force yourself to throw the typical ideas out the window, then you leave yourself open to coming up with truly original concepts. By the time you get to your tenth idea, you’ll have something that nobody else has done before.

Take ownership of your dance video

As a videographer, not only is it extremely frustrating when a choreographer gives really vague noncommittal direction, it's also bad for the product. If you want to make a dance video that you'll be proud of, take ownership of it.

‍More advice: How To Set And Achieve Your Dance Goals

‍If you were to stage a piece, would you let a random person walk in and block it for you? No, because 9 times out of 10 it won't turn out well. They don’t have the kind of insight that you have as the sole creator of the work. Shooting a video is no different. A videographer is not the same as a director, and certainly not the same as a mind-reader.

If you want your message to be coherent and reflective of your unique point of view, you have to be a director, choreographer, and editor. Sit down and visualize how you want the entire video to look, shot by shot. Explain this very clearly to your videographer. And then sit next to your editor during the post-production process. Nobody is going to work as hard as you on this, so you should be willing to bust your ass to make sure the final product comes out the way you want it.

Plan out your dance video

This might sound fairly obvious, but it needs to be said. Failing to plan is planning to fail. More than once I’ve shown up at a shoot only for the choreographer to realize that whoops, there’s not enough time to teach, block, clean, and film the dance.

‍Technical tips from the experts: Behind The Dance Lens With Gerald Nonato And Jon Shih

‍Filming ALWAYS takes longer than you think. Lock down your filming days. Create a loose schedule, make sure your cast is available the entire time, bring your props/equipment and it helps to have a shot list (list of specific shots you want). You want to have all this stuff planned out so you can…

Improvise as you go

There’s a lot of love for the run-and-gun style of guerrilla filming that a lot of amateur DSLR-users employ. Plan out how your want your day to generally go, but don’t be afraid to deviate from that structure if you happen to be struck by inspiration. The less you’re worrying about mundane, operational details, the more you leave your mind open to spontaneity. And remember... Sometimes your best ideas will come on the fly, so be prepared to roll with them!

Balance what you want to make vs. What people want to see

Steve Jobs often told the Macintosh team that “real artists ship.”In the context of the tech industry, to “ship” means to deliver your product to customers. When you make a dance video, it means that you have to get off your ass and film something. The most important step to creating art is to actually create it. If you spend hours in the studio or garage finely glossing your piece but never get around to finishing it, blocking it, or filming it, then you will never realize your potential.

Accept that your piece will never be perfect. Grab a few buddies and a camera... and get to shooting!Concept videos are still a relatively new genre, and there’s still a lot of experimentation and progress to be made. Nobody’s asking you to be perfect or become the next Youtube sensation—that’s missing the point. Make great videos for your own growth. Laugh and learn from your horrendous failures. We’ll all be better for it.

‍Our STEEZY Studio classes all have a concept video of the piece that's taught – check 'em out on our YouTube channel!

Have you ever made a dance video? Or have a favorite concept video? Share them in the comments below!

Tags:
concept videos
how to make a dance video
Sharing is caring.
Copied to clipboard

10 Things to Know Before Starting Ballet

7 Reasons Why EVERYONE Should Use Dance For Self-Care