Our Reactions To NBC's World Of Dance Show

Our Reactions To NBC's World Of Dance Show 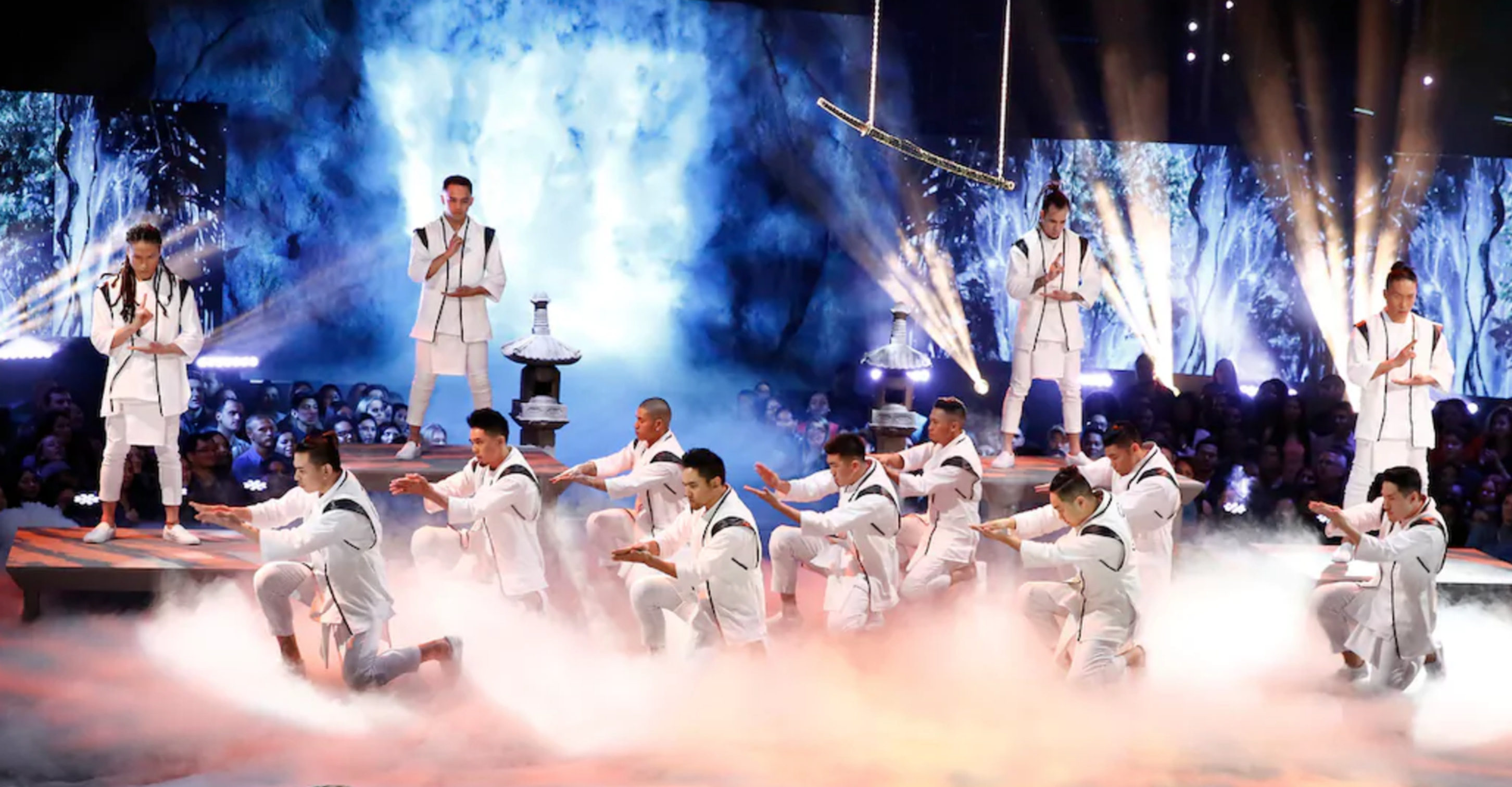 Whether you’re a die-hard fan of a losing team that “SHOULD’VE WON!!!” or you’re annoyed seeing clips of judges’ reactions over the actual dancing, or you think that one guy in the Young Lions is way cute – there’s at least a couple things about World Of Dance that you’re loving, hating, or are curious about.

Or just things that you wish were done a little differently. No surprise.

I mean, dancers are very passionate about (and protective over) what we do.

Of course a show on national TV that claims to showcase dance in an authentic way… is going to provoke a few comments.

Here's How We Feel:

Whatever the feelings are, we support NBC’s World Of Dance for the sole reason that it gives dancers in our community an opportunity to represent us with integrity.

Whatever the stage came with, they took it, and made it theirs. And we are so, so proud.

So rather than smashing profanities into your keyboard on all the World Of Dance forums or boycotting the dance show altogether, or even believing everything you see as the truth, the whole truth, and nothing but the truth…

We instead urge you to try and better understand the world of “Dance TV.”

Armed with that knowledge, fight for ways to better stay true to yourself as a dancer, even if you’re not on TV, even – especially – if no one else seems to know or care.

And recognize how important it is to support our friends who stay true to their craft, no matter what platform it’s being shown on. And take it as a blessing.

At the end of the day, World Of Dance did its job of getting the world to talk about dance. But right now, we’re here for some real talk.

The Producers Are Not Dancers

Dancers want dance to be represented in an authentic way. But in the TV world, producers have a different objective.

Coupled with a much, much less developed understanding of what “dance” means.

Their goal is simply to make a successful dance show – and what makes a show “successful” is not authenticity. It’s viewership.

In an ideal world, the two would be one and the same. But catering to a mass audience (made up of a majority of non-dancers) can ask for compromise.

I believe there are ways to preserve the integrity of dance, even at such a large scale. And I know other dancers can agree with me.

Not to mention, the ones that hold the executive power to prioritize that in the first place. So what do they think the world wants? What’s marketable?

Here is What's Working With World of Dance

Things that do not necessarily represent nor serve dance, but things that boost a show’s “success” – by numbers.

Here is What is Not Working With World of Dance

There’s less attention placed on things like: giving each team fair air time, designing a credible judging system, accommodating the needs and visions of the dancers, curating a panel of qualified judges, or using categorial structure that doesn’t pit dancers of totally different styles, in different age groups, with huge deviations in the number of people in the crew – competing against each other.

They call it the “Olympics of Dance” – so let it be judged that way. Like the Olympics, have a well-rounded panel of experienced judges with different areas of expertise, that don’t talk to the contestants or each other while scoring.

Of course it’s hard to develop a fair judging system for something that’s inherently subjective – but it would’ve helped to have more transparency about the scores. Instead of just a final number, the contestants and audience should know the breakdown of that score, and what the criteria for those categories are.

Unfortunately, it’s been more or less normalized that the things that are important to dancers (or just make sense to us) aren’t always considered in the context of a TV show.

All the contestants I spoke to went into the show fully aware they’d face structural flaws.

Fortunately We Have So Many Dance Allies

But there are people who have enough experience being both on- and behind the- scenes, that can mediate each discussion to find the most efficient, sensible solutions.

Keone and Mari mention in this video that having NappyTabs advise the show played a huge role in their decision to take part in it.

Val and Carrie, directors for The Lab, were thankful for their advocacy as well.

NappyTabs, our wardrobe designer, and a few others helped find the balance between what the dancers and the network wanted.

Keone and Mari decided to take further control over their narrative by continually addressing the community through social media, blog, and this “NBC World Of Dance - The Interviews” YouTube series with The Kinjaz.

There’s hours and hours of content from the 2 months we worked on the show. And of all that, you never know which snippets are going to be put on air. We didn’t want to be construed in a way we didn’t want, and found ways to send our own message about the experience.

Dancers in the #commUNITY have, for the most part, made their own names.

They choreographed for their teams, taught local classes, grew their followings, pushed their artistic limits, and more or less self-produced their careers.

That’s why they defend the things that matter to us. The things that aren’t formulas for easy views, but values that call for respect, appreciation, and inspiration.

So it’s a hard truth to swallow, that NBC's World Of Dance sorta missing the mark on what dance is about – this isn’t a deal breakers for viewers – because most of the viewers don’t know or care.

Most viewers hear J.Lo refer to a move as an “elbow windmill” and think nothing of it.

In the bigger picture, the fact that the show is even designed as a competition pigeon-holes the world into receiving dance in a singular, limiting way.

Dance is so personal, subjective, and it’s always evolving. So it’s hard to have a clear, inarguable “win/loss.” It’d be cool to see dance presented in more of a showcase-type setting. But of course, we understand that viewers find that element of competition more interesting.

There aren’t that many platforms for dance on television in the first place, but most of them are based on competition. We’re forced to digest dance, not as an art that you appreciate and enjoy, but in this competitive, heated sphere where you scrutinize each other or pick favorites. I mean, you don’t need to watch Adele and Beyonce have a sing-off – you just go to their concert because you love their music. Yet dance is seldom packaged that way.

Keone and Mike are right.

The fact that NBC's World Of Dance is a competition already makes it difficult for audiences to take dance for what it is, without having it be distorted by a component of comparison.

It gets people angry and self-righteous, inserting “should’ve”s into every comment about the scores or results. We speculate on biases and personal agendas.

While there’s probably some (or a lot of) truth to these things, I think there’s a better way of defending what we love.

Because what we love isn’t just one team or person or idea. It’s dance.

Okokokok. Coming from the Urban Dance Community, I’ll admit – we adore our friends/teachers/idols. I DON’T EVEN HAVE TO NAME THEM, you know who they are.

So while I do have my personal opinions on the teams I’d like to have seen at the top, I make an active effort to place my “should”s elsewhere.

‍“We should appreciate these all forms of dance and all these amazing, hard-working dancers.”

‍Because no matter the biases or scores or end result, movement is movement, and all dancers deserve to be recognized for the awesome things that they do.

World Of Dance was just one setting to recognize them in.

The ugly side of competition is the internet fan wars, haha. It keeps people in a bubble. But the point of the show, and of dance, is share more voices, celebrate more artists, expose all the beauties in dance that we get to experience…

This is how we stay true to ourselves. Our own values of respect and appreciation. How we practice our creed of staying open-, growth-minded. How we preserve our love for dance, and each other. We say “Yo, that was dope!”

It’s a weird feeling, for all of us, like we’re pawns in another person’s chess board.

But… reality check: We kind of are. This is the reason that, as unfortunate as certain things about the show feel, they still make complete sense.

Dancers still the entertainers, not those who make the show.

This is why it's so important to keep DOING YOU.

So, fine. Dancers don’t own a major television network (yet???) nor does any one person from the #commUNITY have the money or resources to make a 1000% authentic dance show happen.

But that’s okay. Because no matter the platform, whether it’s America’s Got Talent, So You Think You Can Dance, America's Best Dance Crew, or World Of Dance… We’re still doin’ us.

We put a lot of time and effort into World Of Dance. At the end of the day, it’s a step forward in a better direction. It gave The Kinjaz a chance to present dance in a way we’re proud of. Because it’s not where, but how you do things that really matters.

For us, it wasn’t about anything but representing ourselves in the truest form. There may never be the “perfect” platform for dance, and we understood what challenges might come with the territory… But is the flip side any better? To have no stage, no opportunity at all? As artists, we have to find ways to adapt to each opportunity we’re given.

You either take the pen and write the story, or let someone else do it for you. Challenge your own skepticism and doubt about existing structures and aim to reinvent them, instead.

If we’re not doing this, who is? It was worth it to take the hits and try to show something pure instead of relenting to “Oh, this is just how it is.” Keone, I, and other dancers from the community are all so proud of each other for stepping out and representing.

As you can see, and as you’ve seen throughout this first season of World Of Dance – we have the right representatives who stay true to their craft and integrity.

So keep supporting dance and the dancers you look up to, keep making the things you want to make, keep believing in what we have and what’s to come.

‍Let’s keep doing us, whatever world we’re in.