Who Made Our Top Ten Greatest Ballet Dancers of All Time List?

Who Made Our Top Ten Greatest Ballet Dancers of All Time List? 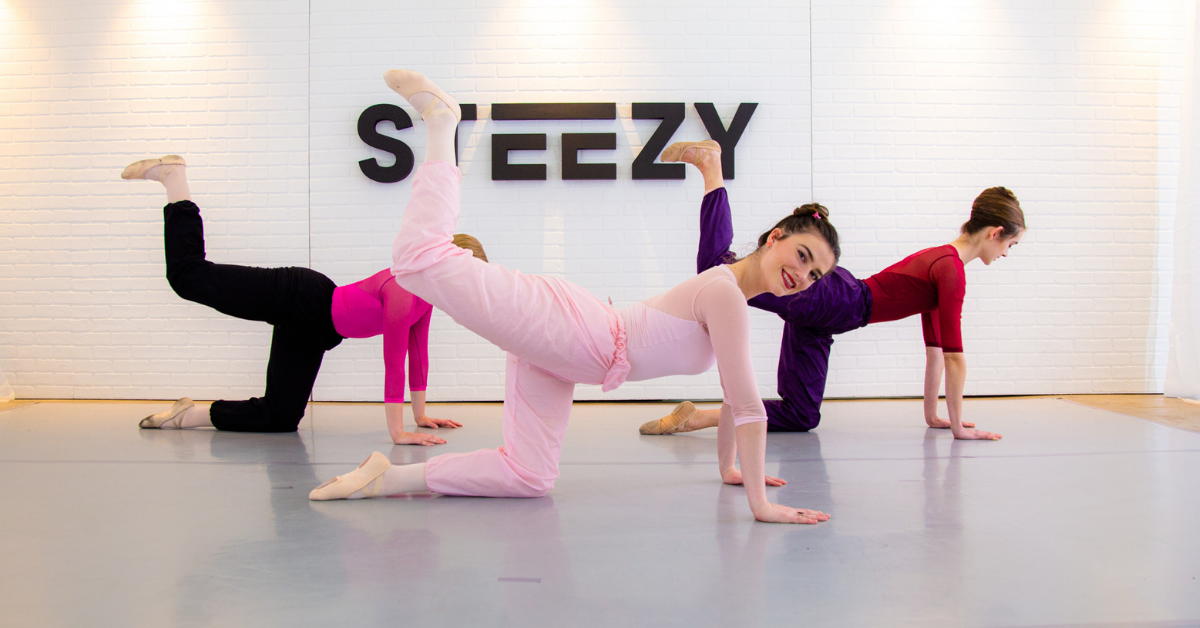 We’re all familiar with ballet from movies like Black Swan and Fame. Or maybe you got your first impression of what a ballet dancer is from a holiday performance watching The Nutcracker as a kid. The iconic ballet slippers, tutus, and leaps of ballet dancers are well-known.

What’s often overlooked is the immense amount of physical athleticism classical ballet requires. Although many of the terms used in ballet are French, ballet originated in Italy during the Renaissance period. Traditionally ballet uses strict gender roles where male and female dancers perfect different moves. More modern interpretations of ballet are becoming more gender neutral, however.

Hey, thanks for reading our content. Claim your 30% off when you use TOPBALLETB30 coupon code when you register for our STEEZY dance classes yearly subscription.

What is a Ballet Dancer?

A ballet dancer is someone who either professionally or for their own enjoyment practices ballet. Although we use the term ballet to describe the general dance style, there are actually many different types of ballet. The three most popular types are classical, neoclassical, and contemporary. Most of the large national ballet companies focus on classical ballet.

Female ballet dancers are often called ballerinas. A prima ballerina was a term used to denote the most skilled “stars'' of a ballet company. Their male counterparts were known as premier danseur. These names have given way to a more gender-neutral hierarchy. Today lead dancers are called principal dancers, soloists, and demi-soloists, in order of their seniority and status within the company.

What Describes a Good Ballet Dancer?

A good ballet dancer trains for many years to bring together grace, strength, and flexibility to perform vigorous ballet choreography which flows and looks effortless. Female dancers perform on pointe, using specially designed pointe shoes that place their entire foot in a vertical position. Both male and female dancers need to be able to perform jumps, splits, turns, and contort their backs and hips.

To become a good ballet dancer, dancers train for many years, with the majority beginning their ballet study as children. Ballet boarding schools are common for older children and teens to immerse themselves in learning the craft. Because ballet choreography demands graceful, long lines and flow, ballet dancers tend to have extremely toned but slim physiques. Ballet combines theatrical storytelling with graceful, liquid-like movements which display great control over one’s body.

Great balance, flexibility, and spatial awareness are important fundamentals as well as the ability to act through body movements and create theatrical displays. Both male and female ballet dancers need to be extremely physically strong, but at the same time not too muscular.

In recent years, ballet companies have placed more of an emphasis on encouraging healthy practices to prevent injuries and eating disorders, which have both been commonplace in this physically demanding dance craft.

Good ballet dancers can become legendary by advancing their craft, daring to try new things, and bringing their own unique personalities and dynamism to the roles they play.

Related article: Everything You Need to Know About Beginner Ballet

Of course, just like with any “top ten” list of GOATs this list isn’t comprehensive or definitive. Particularly for a dance form that combines so much interpretive artistry, theatrics and athleticism, it’s nearly impossible to accurately “rank” ballet dancers.

Not every dancer can be a master of multiple styles. It’s also important to note that as our understanding of physiology and kinesiology has greatly expanded over the years, new training and choreography techniques have allowed dancers to achieve higher standards of performance, which simply weren’t possible a century ago.

In other words, just have fun with this list and let these amazingly talented ballet dancers inspire you.

The expression “the brightest candle burns twice as bright and half as long,” could describe the tragic genius of Vaslav Nijinksky, commonly referred to as the “God of Dance.” In the 1910s, he was legendary for his ballet technical perfection, gravity-defying leaps, and choreographic daring. In fact, he’s credited with bringing modern dance to the masses. But his talents were soon overshadowed by debilitating mental illness. Schizophrenia would consume his life after the age of 30.

You know you’ve reached a whole other level of ballet stardom when you get a famous dessert named after you. Which other ballerina can boast that claim? Beyond just being honored with this distinction, Pavlova, a Russian ballerina from the 1900s toured tirelessly, introducing ballet performances to Asia and Australia. She’s also credited with embracing the new technology of film, allowing new audiences to experience dance outside the ballet theater.

In the 1950s and ‘60s, Nureyev transformed the role of the male dancer from that of a supporting role to a star. Born into communist Russia, Nureyev was forced to leave his family to defect to the West. But this move brought him new creative outlets and allowed his career to explode with popularity. Best known for his standout performances with long-time dance partner Margot Fonteyn, Nureyev sadly died of AIDS in the early 90s at the height of his choreographic career.

The other half of the dynamic Nureyev-Fonteyn duo, Margot was an English ballet dancer with the Royal Ballet. Most likely the image that you picture of a “prima ballerina” was built by her iconic image. On stage, Fonteyn was the embodiment of physical control and obedience, which was on display as she relentlessly continued touring during the bombing of England during WWII.

Classic Sex & the City fans might know him best as his SATC character, art dealer Aleksandr Petrovsky, but Baryshnikov is best known for way more than just being another one of Miss Bradshaw’s flings. Baryshnikov, after defecting from Russia in the 1970s, married cinema to ballet unlike any other ballet dancer before or since. He’s been Oscar-nominated and continues to mesh the worlds of dance, theater, film, and TV well into his 70s.

Strong, powerful, and daring. Those were not the traditional adjectives to describe a ballerina until Guillem pushed the boundaries of the dance world. Known best for being the top-ranking ballerina with the Paris Opera Ballet in the 1980s, she’s credited for revolutionizing classical ballet. Bridging the gap between contemporary, modern dance and traditional ballet forms, Guillem continued to wow audiences until her retirement at the age of 50 in 2015.

In 2015, Misty Copeland made history by becoming the first African American female principal ballet dancer with the prestigious American Ballet Theater. Often appearing at the top of contemporary lists of the best ballerinas in the world, Copeland is also an author of multiple children’s books and works as an advocate and fundraiser for dancers and companies.

Remember that scene in Season 2 of The Crown, when the Queen goes to see a ballerina perform, a ballerina whom she believes is having an affair with her husband? That’s Galina Ulanova! But apparently, major liberties were taken and there’s no proof of any connection between Ulanova and Prince Philip. What the Russian dancer is widely regarded for is being one of the greatest ballet dancers of the 20th century. She’s also known for creating dramatic scenes in her performances that uniquely convey powerful emotions.

The Cuban-British dancer is credited with bringing ballet to underserved audiences and giving aspiring dancers throughout North America and the Caribbean greater opportunities. The great-grandson of slaves, Acosta initially wanted to be a football player in his homeland of Cuba, but the world of ballet is more vibrant from his choice of career.

Despite being partially blind, Alonso became one of the most famed ballet dancers of the 1940s and ‘50s. The Cuban-native used special techniques to know her placement on stage to overcome her vision limitations. Alonso moved to the states where her fame rose but returned to Havana to bring ballet to her homeland. This led to her founding of what would eventually become the Ballet Nacional de Cuba.

Way back in 1760, ballet master Jean Georges Noverre categorized seven of the most common ballet moves. They are the basis for much of ballet’s choreography and are:

Ballet is a fun and fulfilling dance practice. It provides a serious workout while also developing better balance, grace, and flexibility. Every dancer can benefit from learning the basics of ballet.

Now you can learn at home from popular ballet dancer and instructor Britany Cavaco.  A part of the STEEZY Ballet program, she makes ballet approachable and gives easy-to-understand instruction for improving a dancer’s ballet skills.

From learning the arm positions and movement to gaining better control of your legs and developing your jumps and turns, Steezy has a host of ballet classes for every level of dancer.

Ballet Choreographies You Should Learn

Turns are an essential part of ballet but they don’t need to leave your head spinning. Learn the step-by-step process of nailing spins perfectly.

Let your calves feel the burn as you learn how to stretch your arms and legs out in graceful movements which add in pliers and relever, some of the most common foundation choreography of the ballet.

Pick things up with these leg kicks that provide good exposure to the classic ballet leg turn-out, helping to develop amazing balance and leg strength while giving you greater awareness of arm and foot placement.

Tags:
Ballet
ballet dancers
Sharing is caring.
Copied to clipboard
You're in.
Try that again...