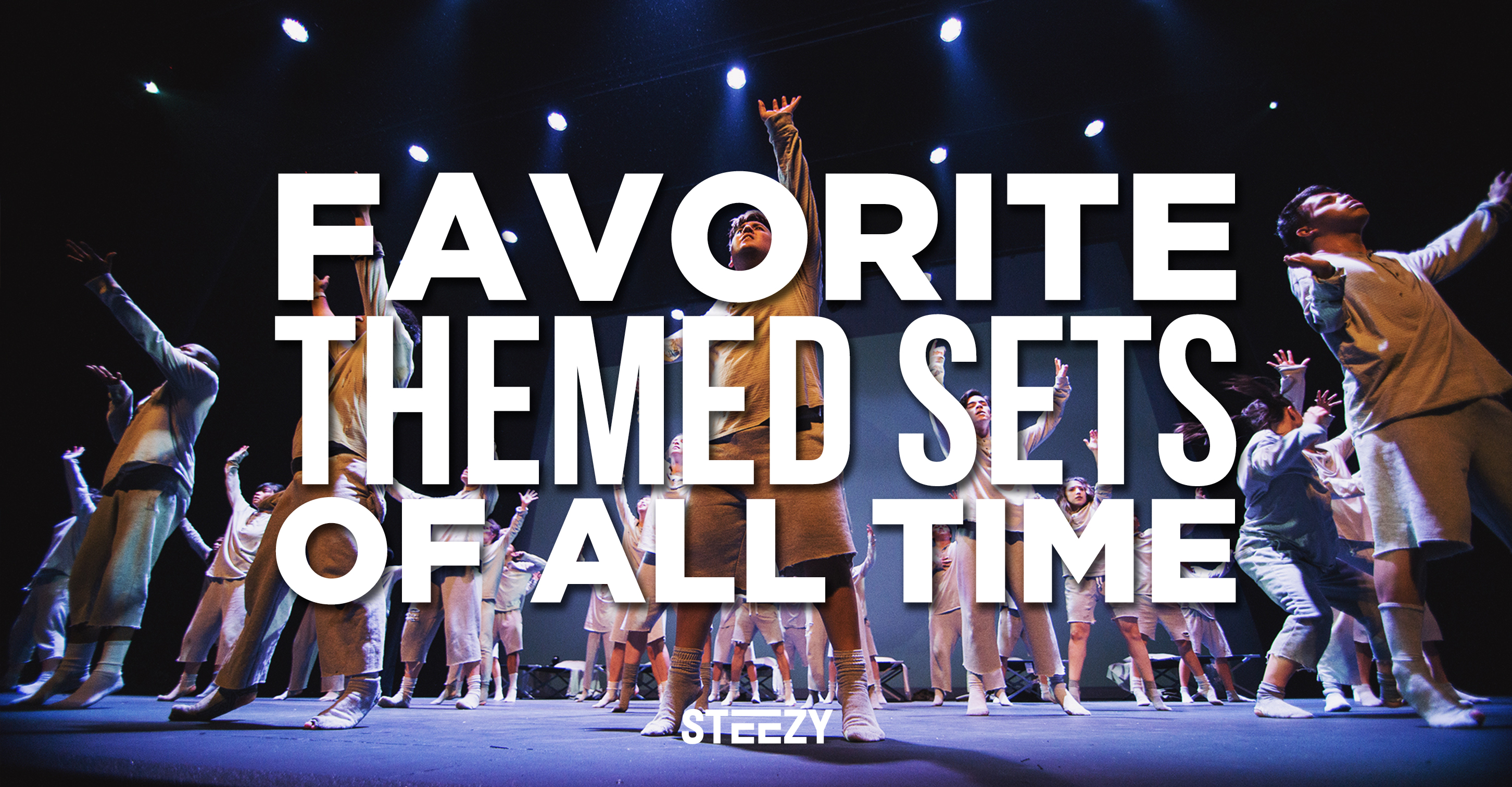 Putting a set together is freaking hard.

You gotta choose which pieces are going to be in it, mix the music, figure out transitions, set costumes...

ALL WHILE MAKING SURE THE ENTIRE TEAM IS FEELING GOOD.

And when you’re trying to incorporate a theme or storyline to your set, all of these get even MORE difficult.

Costumes, props, acting, lighting – it becomes more of a full-blown artistic production than a dance set. That’s why we appreciate themed sets.

It challenges teams to think beyond the ordinary.

There are SO many amazing themed sets out there – but these are just our personal favorites! (In no particular order.)

‍Want to share your faves? Leave a link in the comments!

This set was kind of revolutionary because it introduced Gen 2 and the Bay Area styles to the SoCal audience.

These pieces influenced the way that both communities choreograph.

Like, that diary piece? DAMMIT SHAUN. STILL HITS THE SPOT.

We talked about this set with Shaun Evaristo, as well as the impact it had on the dance community in Origin Stories Of The NorCal And SoCal Dance Communities

Really, any of Choreo Cookies’ the med sets are worthy contenders.

We could’ve picked their “Don’t Stop The Music” set, “Michael Jackson,” “Silent Movie,”... but the reason this particular performance is so special was because it created a domino effect of goodness.

If you watched this performance live, then you probably remember what it felt like when they were finished performing.

The whole crowd jumped to their feet to give a standing ovation, a good majority of them with tears in their eyes.

It was such an unforgettable moment.

But besides being a dope, heart-wrenching set, Cookies went on to donate their prize money to the very cause they were dancing about.

They saiiiiid, don’t just dance about it – be about it!

You can read all about it in our interview with Keone, Jason, and Carlo here: How Cookies Inspired A Movement In The Dance Community At VIBE

The Organization chose to base their set around a serious, heavy theme.

They executed impeccably, with an impressive level of maturity.

Did we mention that they were a junior team?

Be touched, moved, and inspired by this set:

This set was definitely ahead of its time.

It was experimental in everything from its music, costume changes, storyline, and props.

Learn more about the process of creating this set here: The History Of PAC Modern (STEEZY Origins)

AoV is ALWAYS mind-blowing, but this set is especially creative and well-executed.

If you watched this live and claim you didn't lose your sh*t in the audience, you are lying.

CG’s kind of known for doing themed sets, but amongst all of their amazing performances over the years, this one stands out to us.

Yes, it’s a bit old, but the emotional depth it has is timeless.

I recently re-watched it for this list and just started bawling! What the heck.

Make sure you grab a box of tissues before hitting “play”...

It’s unsurprising that The Company would feature the most amazing choreography, but this set was like mega/meta-impressive.

What I love most about The Company’s style is how well they’re able to show their music.

And because this set was about musical instruments, it highlighted the way that the choreographer listened to and meant to portray the song.

It was creative, not cheesily over-focused on any gimmicks, and that Alicia Keys piece killed me.

(Who else just went around singing “MARIA MARIAAA” after watching this??)

Did you enjoy re-visiting these themed performances with us? What are some of YOUR personal favorites?

Share them with us in the comments so we can watch them, too!

Tags:
dance videos
dance competitions
Sharing is caring.
Copied to clipboard
You're in.
Try that again...

Thanks! You're In.
Oops! Something went wrong while submitting the form.
Inside Steezy Studio

Top 10 Dance Studios Of The World You Just Can't Ignore