A Thank You From The STEEZY Squad

A Thank You From The STEEZY Squad 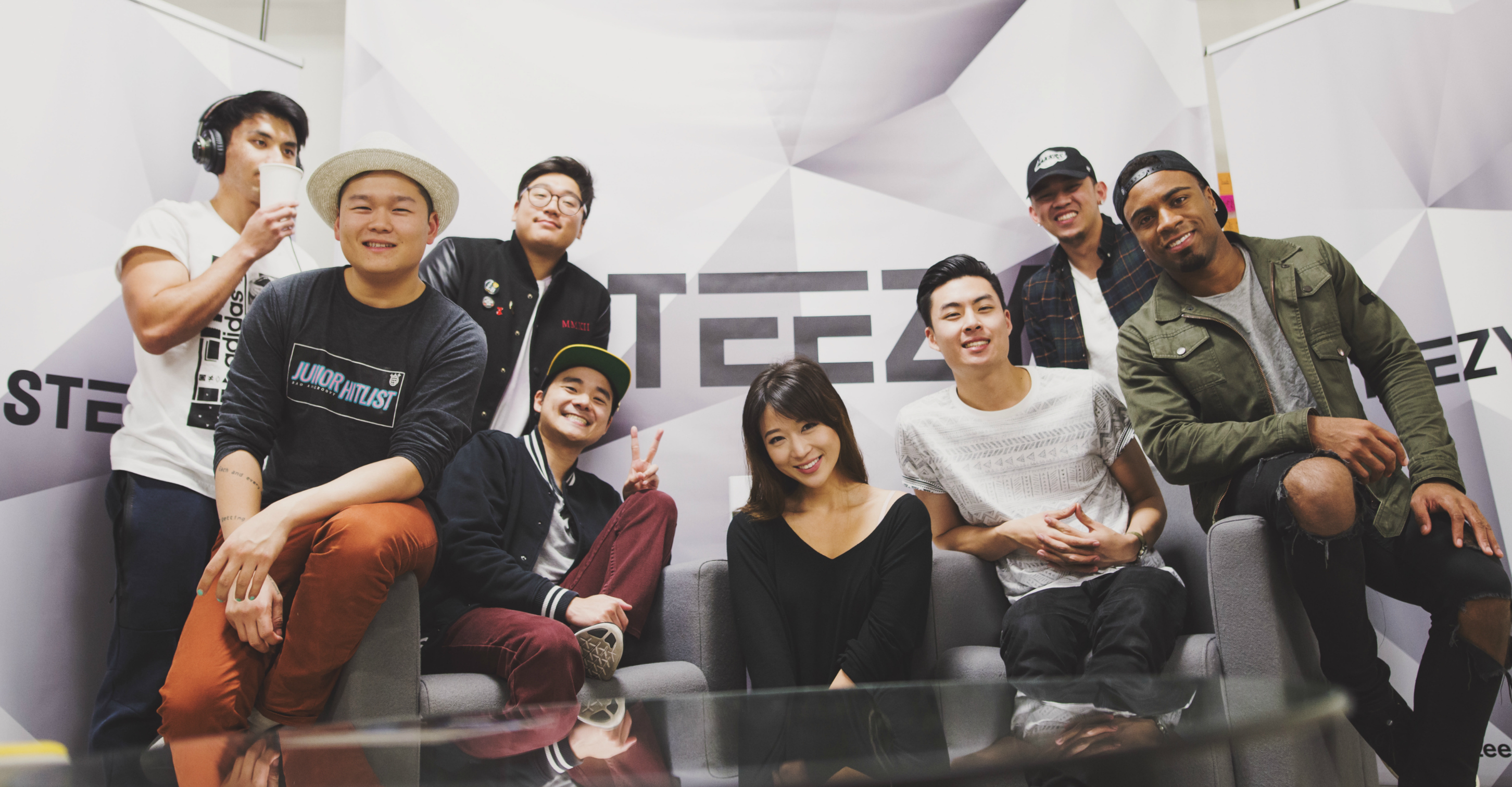 Hey, it’s Jessie – but this is from all of us here at STEEZY. (I let them review this, promise.)

And 2 part-timers. Which is also crazy.

In the past year, Connor, Evan, Clay, and I have welcomed Ceejay Varias (Developer), Omari Allen (Marketing Manager), Kevin Kang (Producer) and Peter Valdes (@theactionpete) into the Squad.

Omari, Kevin, Peter, and Ceejay (who did not so much as flinch as I creepily took this photo with no forewarning) – November 2017

As our family expands and the holiday season approaches, Thanksgiving feels like the perfect time to count the blessings that took us from: group of kids trying to do cool things for our dance community, to: employees at a company serving dancers all over the world. (Still crazy.)

We’re thankful for: The balls to try something new and different

When Connor and Evan started the STEEZY Blog in April 2014, they weren’t really sure where it would go.

They just wanted a way to give the dance community a voice, document and preserve important events, and help dancers connect easier and grow together.

But with consistent, quality content, STEEZY soon became the go-to site for anything Urban Dance-related.

I started writing for STEEZY a few weeks after the blog launched, and Clay joined the team in 2015.

As we posted more blog articles and videos, we received more messages from dancers (and aspiring dancers) all over the world.

They had a million different questions –

‍“What is this ‘texture’ thing?”

“How do I train my footwork?”

‍We gave all of advice and tips we could – but at the end of the day – dance is something you gotta do.

‍To which we were met with…“What classes?” Oh.

We’re thankful for: All the things we used to take for granted

Living and dancing in Southern California gave us the illusion that all dancers had the same things.

Competitions like VIBE and Body Rock, studios like Movement Lifestyle and Snowglobe Perspective, being able to go to a UC or move to another part of LA/OC knowing there’s a team you can audition for there…

Or just being surrounded so many dancers, teams, and studios that you never have to worry about the next time you’ll be able to take a dance class…

We didn't realize that this is not the norm; in fact, it’s an anomaly.

The Socal / West Coast Urban Dance community developed from a very unique set of interlaced stories, which you can read about here:

‍And every time STEEZY received a message saying “The closest studio is 4 hours away,” or “I love Chris Martin but he only teaches here once a year,” or “I want to start dancing but I have no time, money, or studios around me,” the mission took more shape: to share what we have, with those that don’t.

So, one night in Evan’s apartment, he and Connor pulled out a dirty little white board and a dry-erase marker, put on their thinking caps, and mapped out exactly what it’d take to make online dance classes.

We’re thankful for: Our families and friends

We have over 1000 classes on STEEZY.CO taught by some of the best choreographers and teachers in the choreography, freestyle, and industry communities.

Students all over the world are trying new styles, learning pieces they never thought they could learn, or doing their first 2-step after years of being too scared to start dancing.

How did we get here?

Up until 4 months ago, the 4 of us were working out of a rotation of our moms’ dining room tables. Literally.

Clay’s mom would make us Thai food and Evan’s dogs would bark at us and Connor would force us to take breaks to go on a “team walk” around his block because he secretly just wanted to play Pokemon Go.

We shot our STEEZY Studio classes at Snowglobe Perspective (shoutout to Isaiah!) and The Lab (shoutout to Val and Carrie!).

We spent lots of time driving, lugging equipment around, and crafting makeshift sets and props.

We’re thankful for: All of STEEZY HQ’s room for activities

Then, in July of this year, we finally moved into our very own office!

The office is significant, both as a milestone in our journey and (moreso) because of the possibilities it holds for us to just… do more and better things!

In addition to the support from the people we listed above, we’re thankful for you, for reading this.

All of this matters.

And thank you to the homies at Prelude Dance Competition, SI Dance Camp, Misfit Dance Camp, Asia Camp, Ultimate Brawl, The Bridge, Dancer’s Paradise, and Project Home – for being in this with us.

Thank you to our extended family David Yi (saesanghae), Allie and Munk (MOBILE APP IS ALMOST OUT! STAY TUNED!!), and Andre aka @minticreative.

Thank you to the baristas on the first floor of our building for keeping us weird and wired. (Strongest cold brew EVER.)

Thank you to veteran dancers for being open to ‘dance’ growing and changing, while at the same time being willing to educate us on its roots.

Thank you to our critics for offering insight as to how we can improve.

Thank you to all our choreographers for rising to the challenge of teaching dance in a different way.

Thank you to every dancer that has assisted a STEEZY Studio class, and all the actors in our STEEZY Original skits. We love you!

And of course, the biggest thank you to all our students who dance with us on STEEZY Studio. You guys are our why and how.

You know, in the 3 and a half years I’ve been with STEEZY… to this very day…

Despite all the long hours, through every single sacrifice (most unspoken), balls-deep in a labyrinth of problem-solving and creative challenges…

I have never, ever heard anyone on the team complain about the work. Because the work isn’t work at all. Because we legitimately love what we do. Because we believe in it.

We each have our own stories of how dance has helped, transformed, or even saved us.

And we’re here because we think that everyone should have, at the very least, the chance to try it. Because seriously, thank God for dance.

Tags:
inside steezy studio
thank you from the steezy squad
Sharing is caring.
Copied to clipboard
You're in.
Try that again...