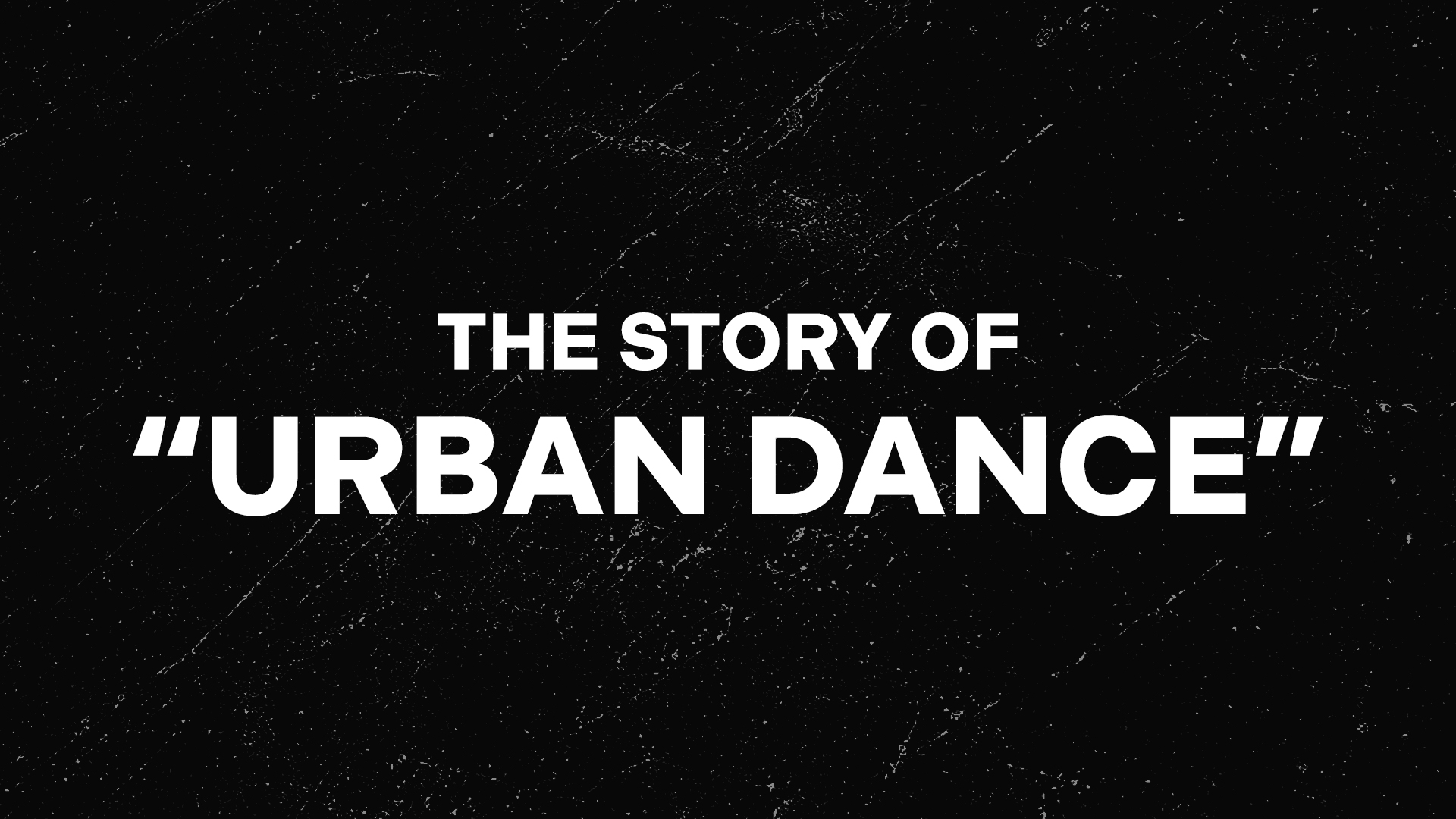 It’s a label that’s been used and popularized around the globe for more than a decade, referring to the culture of learning, teaching, and performing choreographed pieces.

But the use of the word “Urban” in this context is problematic.

To many of the dancers who were raised on Hip Hop while living in the inner city, “Urban” is a derogatory term usually used to stereotype their community.

It's a polite way to say “ghetto.”

Or for someone who's particularly afraid of sounding offensive (think advertisers and politicians), it's used as an awkward synonym for “black” in general.

It's all code for “from the hood," and the entire black and brown community has long-since been tired of the label.
‍

So how did a word that’s so offensive and controversial become a household term for the “Urban Dance” community?

Watch this video to learn:

So, to recap, as people started creating choreography from all different styles, they realized that the art they were creating wasn't in the same lane as traditional Hip Hop anymore.

In order to pay respect for what true Hip Hop is, the community wanted to give their new style a unique name, but they adopted a term that was already in circulation without understanding the nuances of the term itself.

Even as the "Urban Dance" community began receiving critique for their adoption of the name, the movement was spreading so quickly in the dawn of social media that they struggled to regain control over the narrative and terminology.

Learning, Listening, and Pushing For Change

‍
On that tragic day, millions of Americans watched George Floyd sputter his last breaths and sprang into action.

While much of that action involved protests, donations, and petitions, many people, including the STEEZY team, also turned themselves inward to reflect on how they could personally do better for hurting communities of color.

The STEEZY Squad teamed up with dancers from authentic style backgrounds to talk about the wounds that ran deep between different dance communities.

We hosted a talk with some of our black instructors to discuss wounds that ran deep between different dance communities.

We started a company-wide dialogue about how we could do better for ourselves and do better for the dancers that we teach every day – an effort that eventually become a permanent ERG for Diversity and Inclusion.

And as we made BLM donations, moderated panels, and provided resources, it became clear that one of the best things we could do was to quit using the term “Urban Dance” and replace it with a term that promoted a culture of both authenticity and respect.

As a few founding members of STEEZY kicked around ideas, the conversation traveled to the street style battle scene where dancers freestyle using any/multiple styles.

These battles are often called “Open Style Battles” as they are literally open to all styles of dance.

From there, the term “Open Style Choreography” was born.

What does this mean for STEEZY Studio?

In the last couple of years, our library has grown to include 750+ classes and programs, including online dance classes that don’t fall under an official style (like Dance Workouts and Warm-Ups).

To ensure these classes are not misrepresented, we switched to a different organizing principle – categories.

The biggest change is that you’ll find all the choreographed routines to popular songs (formerly “Urban Dance”) under… the Popular Choreography category!

Once you tap into Popular Choreography, you can filter by instructor, style, and level to find the perfect Open Style routine or Jazz Funk choreo.

Plus, this taxonomy update comes with a refresh to our entire app/website navigation, making everything more sleek, intuitive, and easy to use.

If you’re a current STEEZY user, simply update your app in the App Store or on Google Play to check out the newest version of STEEZY Studio and make the switch to Open Style with us.

And if you’re new… welcome! We can’t wait to share the dance world with you – in the most authentic way.

Tags:
inside steezy studio
urban dance culture
what is urban dance
authenticity in dance
Sharing is caring.
Copied to clipboard