How To Use SoundCloud To Find Music As A Dancer

How To Use SoundCloud To Find Music As A Dancer 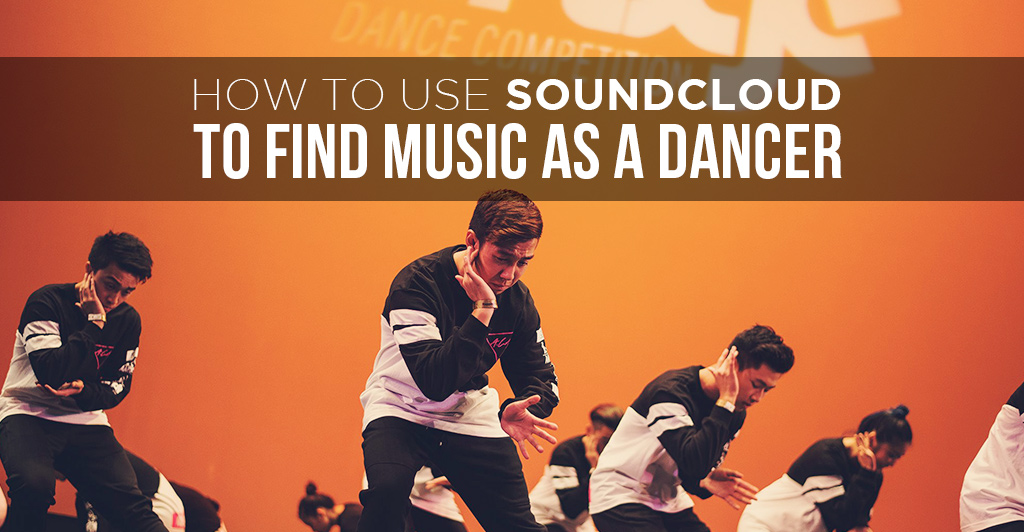 Yep... it's starting... SOUNDCLOUD IN THE DANCE SCENE. BOOM TSSSKA zhoom zhoom tika BOWM~. Dancers are innovative, hungry people. We don't like to settle- we like new things! Exciting things! Unexpected things! We're always striving to reach beyond what is already known or has been done. So when it comes to finding music to choreograph to, remixes are great to consider, because:

SoundCloud has been a useful tool for audiophiles everywhere, including (or especially, now,) dancers. Hidden gems of remixes, original compositions, samples of sounds, can all be found on this nifty site. But how do we make the most of it? Specifically, how can we take advantage of all the great tracks / potential songs for choreography out there? I sat down with Jason Asuncion, who has for years been experimenting with remixing songs and making his own beats, to tell us a little more about the SoundCloud community.

How Do I SoundCloud?

Even if you know just one, or a few artists and tracks tracks, you will eventually branch out to following / listening to / loving MANY.

Record labels are moving toward becoming more independent and recognized- for example, Soulection has, just in the past couple years, significantly expanded its roster and shows. They sign artists who can be seen as avant-garde and ahead of the current scene, making their own sounds, while staying true to the central genre of Soulection's vibe. That's how effective record labels are. It's a collection of great minds that think alike, and organize and provide a lot for each other and the rest of the community.

A few others Jason recommends in the "Record Label Startup Pack- For Dancers" would be HW&W Recordings, Darker Than Wax, Mellow Orange, Souletiquette, Team Supreme, and Flow-Fi.In general, when using SoundCloud, the deeper you dig and the more you pay attention, the more your feed is going to be bombarded with eargasmic sounds. Also, you're more likely to find a song or album way before the rest of the mainstream public finds it.

The History/Culture Behind The Beat Scene

Jason describes the SoundCloud Community as being a positive, growth-focused environment. Because making music is difficult (much more difficult than we'd imagine), artists have an understanding and appreciation for each other and their work. This leads to artists, both new and experienced, being very accepting and encouraging of one another, offering only compliments or constructive criticism. SoundCloud grew, quite simply, because of availability of technology.

If you dissect songs, you hear: 1. the vocals (singer), and 2. the music behind it (producer). Before, we had only focused on the singer, but in recent years have started to grow more appreciative of the beats and instrumentals. Daft Punk, for example, introduced music that was virtually lacking in vocals, completely electronic. Their music being considered more performance-worthy by the public, spurred a paradigm shift in which we started to appreciate not just singers and rappers, but the music behind it.Just as people got inspired enough to create this music themselves, SoundCloud became the perfect platform to share. Now, producers are starting to become the new "artists"- it just took a while for them to gain the recognition they deserved.

Using SoundCloud As A Dancer

Dancers have a specific taste for music, both to listen to and dance to. In general, I love the SoundCloud vibe, because the tracks just seem to have more character than anything I've heard on the radio. Jason describes the tracks you can find on SoundCloud as a great synergy between the constant beats of EDM + flow changes of Hip Hop + the eargasmic synths to give the sounds more life.

"Dancers like to dance to sounds they can become. They want to be the instruments in the songs, accentuating the parts that are appealing to the ears and eyes. We love the intricacy of the high hats (tss ts tss), the heavy bounces in the bass (bOwm) and so many other sounds that you can find in infinte combinations- if you know where to look."

The Beauty Of SoundCloud: If There Is Nothing You Want To Dance To...Make It!

Jason is a rare hybrid - someone who started off in the dance community, then became deeply involved in the SoundCloud community. Because of this background, he has a unique advantage in both arenas.He describes his personal goal as creating music for dancers: "It's a huge advantage if producers and dancers collaborate. Dancers are always searching for good music to dance to, but get stuck in a limited selection. So what if they created their own?"Jason created 220's song for our finale for Body Rock 2014 by taking a recording of one of my teammate's singing, and sampling a different track.  This was so special to the team- to take a song that we sing for tradition, and have it be turned into something danceable and stage-worthy.

The Beauty Of Creation

What is so impressive to me about the SoundCloud Community x Dance Community is that a larger part of what we deliver is organic. If a song is a complete original, the producer quite literally created something out of nothing. And if a DJ remixed a song, they re-invented an existing sound with their own artistic input. And THEN, when a choreographer makes a piece to it, that WHOLE product: the music for our ears and the sight for our eyes, is just so much more.. REAL.

‍All art forms speak to us in some way. Poetry, paintings, music, dance... They are expressions, manifestations of something we think or feel, translated to something that is seeable, hearable, feelable. So when we COMBINE the "hearable" art with the "seeable" art, we are expanding the capability of creation. I think that's why dancers appreciate music and musicians appreciate dancing. We're all trying to do the same thing, just using a different talent. And when we work together... well. We'll see what can happen.

‍Do you have any additional SoundCloud tips to find hidden awesome music? Leave a comment and share your tips with the community below!Finding the right song that makes you want to move is one hurdle; getting your choreography started is a whole 'nother ball game. Here are ways to smoothen the choreography process!