What You Should Know About VIBE Dance Competition's 22-Year History

What You Should Know About VIBE Dance Competition's 22-Year History 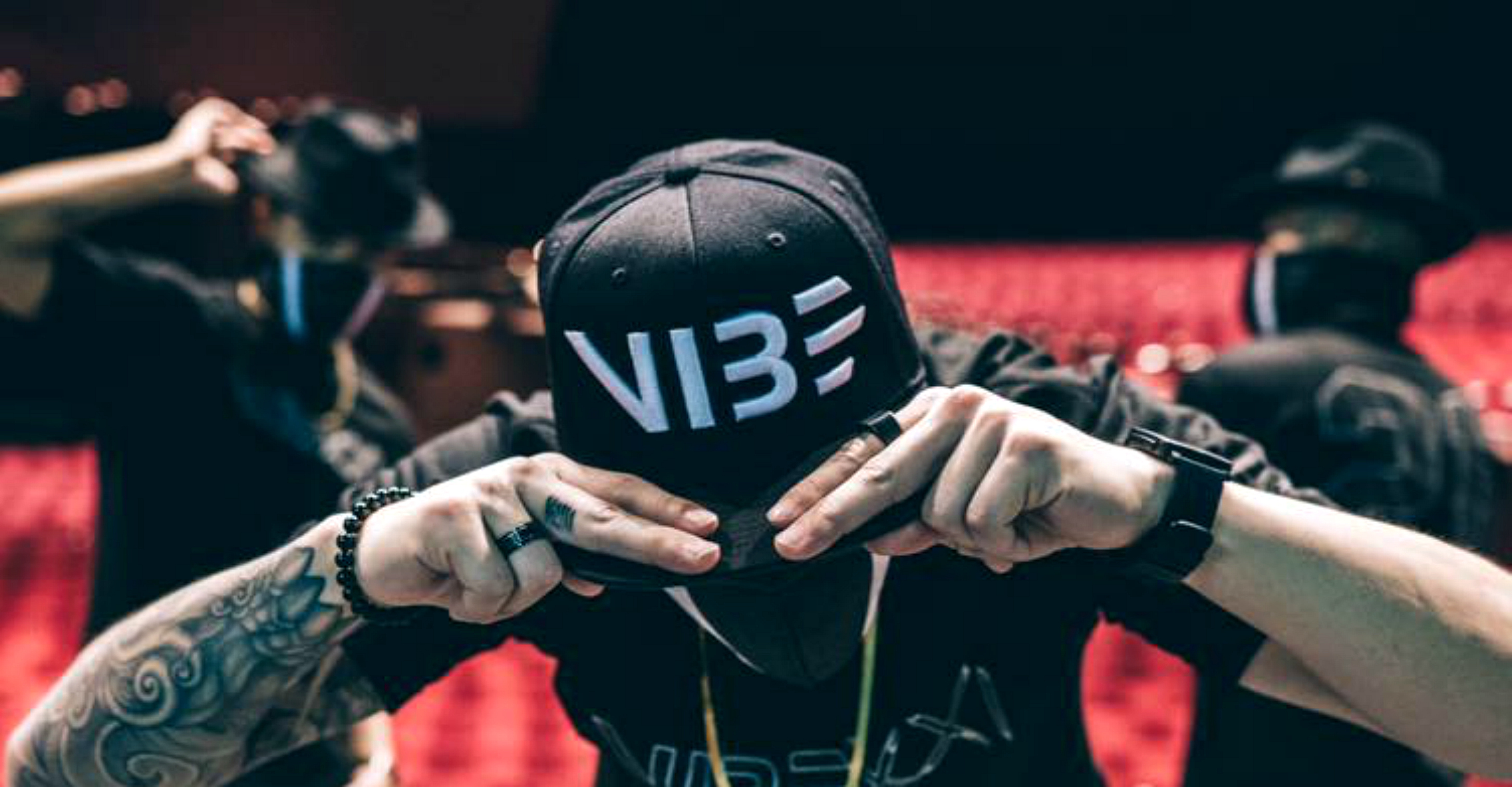 VIBE DANCE COMPETITION IS COMIN' UP THIS MONTH! Let's learn more about its origins, shall we? *clears throat* – When looking back on the history of the Southern California dance community, there are two major things that worked in synergy to create what we have today:

Competitions were where teams could meet, mingle, and share with each other. They provided the opportunity for the dancers to realize their collective identity, one that is now referred to as, "the community." The story of these competitions are just as deep and interesting as that of the teams' that partake in them. As dancers evolved, the event planners grew along with them, and adapted these competitions to fit the atmosphere and needs of the community at that given time.

Now, decades into the scene, our competitions include a variety of elements such as videography, photography, marketing teams, clothing brands – a list that only keeps growing. In a way, this "Events" chapter in our history book can provide a more comprehensive view on our journey, through the eyes of a third party that was involved with the community's teams, as well as all these other moving parts. There is one event that stands out – one that significantly pioneered, and remained timeless in, the competition scene.

‍VIBE Dance Competition, celebrating its 22nd(!) anniversary this month, is always one of the highlights of the year. STEEZY is beyond excited to see what this year's VIBE has in store.But first, in order to fully appreciate it – we want to trace back its story to Year I. For performers, viewers, or just fans of the show – we invite you to go back in time, and vibe with us.

Like all great ideas, VIBE was sparked by a conversation.

In 1994, Arnel Calvario, founding father of Kaba Modern and a leading influencer in our community, was finding that the car shows that the collegiate dance teams were performing at had little – nay, nothing – to do with the actual dance scene.

His roommate at the time, Joseph Lising, was in a fraternity at UC Irvine called Lambda Theta Delta. It had the authority and reach to throw successful events on campus.

Joseph, upon learning about Arnel's and the dance community's disconnect from the only shows they perform in, decided to provide a more relevant arena for dancers to showcase.

Joseph started "The VIBE " (*somewhere along the way, the "The" got lost and it just became VIBE) in a small theater on the UCI campus – a very college-centric event that heavily involved its fraternities and sororities and had a more "talent show"-like feel than the production we see today.

Flyer for The VIBE I

Slowly, dance teams started joining in the show as exhibition acts, and it created a domino effect of more and more outside (non-UCI) teams performing.

A few years later, VIBE split its categories into "Collegiate" and "Asian Greek" Teams. This was the indirect, but subtle beginnings of the "Competitive" and "Exhibition" distinction.

(See Related Article: The Evolution And Future Of Our Global Dance Community)

Arnel and Joseph at The VIBE I

The Reception Of VIBE Dance Competition From The Dance Community

The birth of VIBE proved to be a catalyst for other events, as well.

Other long-standing competitions, such as Bust-A-Groove (AKA Body Rock) and Fusion were expanding and developing in parallel, year after year.

Once America's Best Dance Crew came on air, everything in the scene (as quoted from several people who were in witness,) "exploded."

The show allowed for the profession of hip hop dance alone to become legitimized – a huge step for our community.

Through the show, dancers were able to get due diligence off their talent and hard work, something that was rarely before even recognized by the larger public.

For dance teams, it helped attract more audience members into the community.

Or, more specifically – took the fans watching from the sidelines and pushed them into taking their first steps into the scene.

With all the hype that ABDC was providing "dance," VIBE, too, was garnering a lot more interest from a larger demographic than the usual.

Change Of Place: From UCI To Segerstrom Center For The Arts

But, a few years ago, Lambda Theta Delta was involved in an incident that resulted in them being suspended, indefinitely, from UC Irvine.

While this was difficult for the organization, and naturally, for VIBE, Jason Park and Tim Woo (who was the chairman at the time) were determined to do everything in their power to make sure the competition continued.

They wrestled with different options, but after discussing matters with UCI officials, landed on the parameter that the event could not be held on the campus.

The two felt that it was imperative to take this chance to make a change for the better.

They shopped around for venues, and lit up when they discovered Segerstrom.

A beautiful, 3,000 seat opera house-style hall, the Segerstrom Center For The Arts was a definite change – or, upgrade – from UCI's theaters, as authentic and accommodating as it had been.

It offered a more mature and professional feel to the event, as well as freedom from the campus rules and regulations.

"I wanted to focus more on our move from the Bren Events Center to the Segerstrom as our desire to provide a more professional platform for the community.

So, how did VIBE last 22 years in the scene, with new competitions popping up everywhere...

More importantly, how did it keep growing – in size, hype, notoriety, and prestige?

For you aspiring event planners out there – or really, those building anything, Jason lets us in on the key to VIBE's success:

"We adapt. By building on what we accomplished the year prior, and improving on every single facet of the event."

Being adaptable and growth-minded, check.

But of course, you need a team of dedicated workers to make that vision come alive.

Jason, along with Tim Woo: Operations Manager Sonia Park: Marketing Director, Yosuke Murakami: Graphic Design wizard, and Anthony Lee: host & advisor – are all members in the community with a passion for the event, are responsible for making VIBE what it is.

Each of them, with different professional and experiential backgrounds, bring something new to the table. For example, Jason's background in marketing led them from releasing just 1 mega-flyer of the event, to individual flyers for each team.

They found value in drawing attention to the performers and judges, because, coming from a dance background, he understood that they are the bread and butter, the headliners, the ones to spotlight. And as a marketer, knew that this is what both the performers and audience would want to see.

Jason's vision, and Yosuke's skills with motion graphics, created the Harry-Potter's-chocolate-frog-card-like moving flyers that you can see on their Instagram.

A steadfast mission plus the unwavering devotion of the support system equals a constantly improving event.

"How can we do something that's never been done before?"

The Lineup VIBE's Teams And Judges

VIBE Dance Competition averages around 15 competitive teams in their lineup each year. With a growing number (50-60) of submissions, it's tough to select which teams are going to be taking part and which will not. But the guiding light, the mission, makes the decision process a lot easier: the community.

"We're happy to bring in teams that don't usually get the viewership here in SoCal. It's nice to showcase something new. But the big picture of VIBE is, and always has been, very community-based. So we tend to be more selective when considering out of town or international teams."

International teams, as mentioned, are fewer in number – but overabundant in hype.

VIBE Japan, organized by Boogiezone Japan and Izumi Dance Company, is held before Southern California's counterpart, as sort of a preliminary competition, as the winning team earns a performance slot at VIBE here.

As for the judges, the VIBE staff makes sure that there is a substantial voice from the community, but not too strongly affiliated with any particular team. They choose an appropriate variety from the industry, community, etc.

To further ensure fairness, they drop the highest and lowest scores from the judges to make the results more autonomous.

VIBE's transition to Segerstrom, wasn't solely a change in the venue.

It prompted Jason and Tim to re-evaluate the purpose of the event, and to see if their practices were still aligned with it.

"We thought it'd be fruitless to continue VIBE if it's not really doing anything more for the community. In the past, LTD had donated to charities, but there was a disconnect from our show and the organizations they'd give to."

Wanting to give back to a cause that had more of a relationship with dance, they spoke to Arnel (President of Culture Shock Los Angeles) about a partnership.

In VIBE 19, VIBE pledged $10,000 from the competition to make a more direct impact on the community.

"CSLA has always been so supportive. Their dancers and board members are so closely involved with the production, and the causes that they work with are so relevant to the community. And what with Arnel's involvement in both entities, and Anthony becoming the Artistic Director of the team last year, it only made sense to partner with CSLA."

Thus, VIBE went back to its roots, but in a more refreshed, intentional way, by having Culture Shock Los Angeles as an official partner of the competition.

Message From VIBE To All Creators: Remember Your "Why"

No matter what you're doing in the dance community, as a choreographer, leader, team member, videographer, event planner, writer..

"Remember that it's a celebration of the community and the dancers."

Jason's interpretation of this celebration, to VIBE, translates into the attentiveness he has for his dancers. He places great importance on giving back, strengthening relationships, and making sure everyone has a positive experience.

"Building anything is going to be tough in the beginning. We definitely never expected VIBE to be where it is today. But, always having your focus in tact and remembering your "why" will make sure that the operation never goes awry. Good intentions are hard to pollute."

If you were excited for VIBE Dance Competition already, bet you're even more excited now!Thank you so much to VIBE for sharing your story with us, and see you February 12th!