Why Does Ultimate Brawl Always Have A Theme?

Why Does Ultimate Brawl Always Have A Theme? 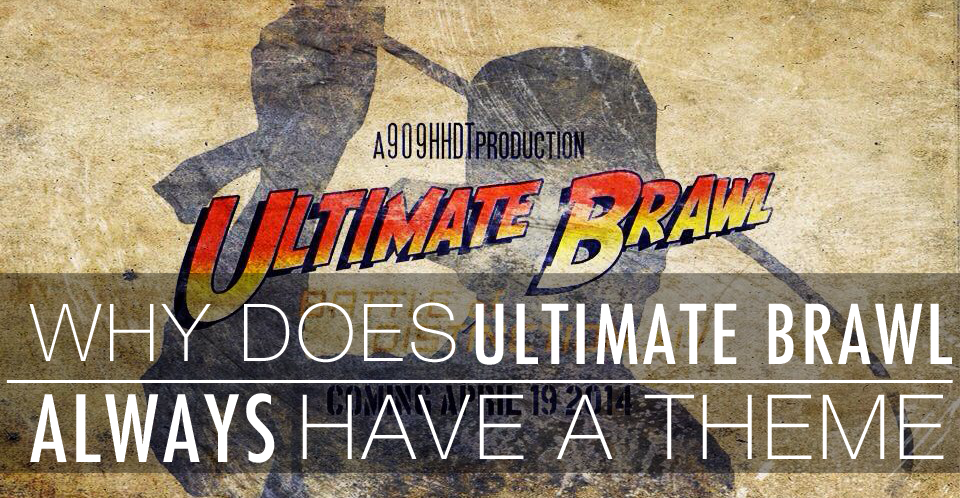 Wait a minute - Ultimate Brawl has always had a theme?

This might come as a surprise if you've never been to this competition, but indeed, UB has been known for its competition themes. But we'll get to that soon.

Tomorrow is Ultimate Brawl XIV. For those that can’t read roman numerals, this will be the fourteenth year that 909 HHDT is hosting UB in Riverside, California.

909 HHDT was originally affiliated with UCR’s Filipino Culture Club, Katipunan, but eventually separated into their own entity.

During those times, Ultimate Brawl humbly began as a dance portion of a basketball tournament hosted by Katipunan at UCR.

As the years went on and as 909 became their own hip-hop dance team (HHDT), Ultimate Brawl grew from only 12 acts in 2005 to a whopping 28 performing groups! UB has also had the pleasure of hosting notable teams such as Sh*t Kingz, Poreotics, GRV, Cookies, Sheroes, etc. Check out the promo video and the lineup below for the full list of performances at UB:

So the question remains, why does UB have a theme? Well, it’s a tradition that goes back as old as time itself (or maybe only as old as 909 itself). But it’s something truly unique to Ultimate Brawl and something that mostly the performers get to experience - I personally had no idea about this until I performed there myself. Each year, a new theme is chosen by 909’s Special Events Coordinator, and is used as a creative outlet to craft a fun and colorful experience for all the teams, with past themes including Tim Burton creations, Jurassic Park, Dr. Seuss, Superheroes, Star Wars, and Super Smash Brothers (Brawl, of course). 909 decorates the venue with various posters playing on the same central theme, creating an environment that unifies the community and spurs conversation and interaction. As you can see, 909 takes pride in keeping with traditions and integrating themselves in the SoCal dance community, so this day means a lot to them.Be sure to be on the look out for our pictures from Ultimate Brawl so you can see all the theme decorations we're talking about, and good luck to everyone performing!Have any ideas for future themes 909 could use? Leave a comment below!And for those performing at UB tomorrow, click here for some words of inspiration to finish hell week off strong!