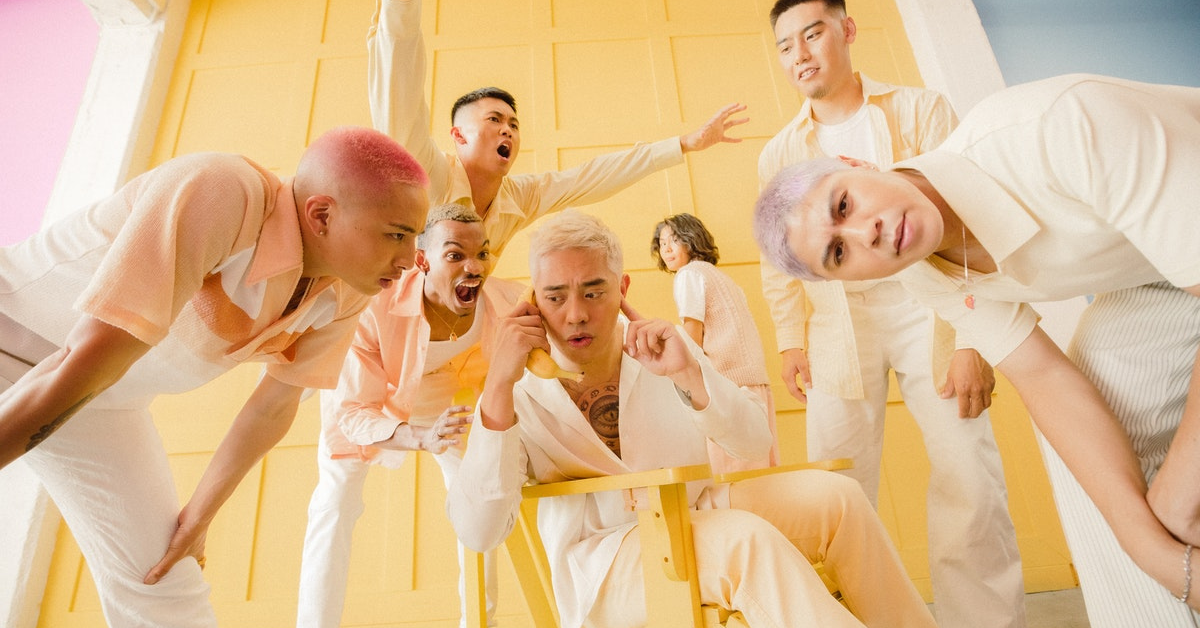 Whether you’re part of the BTS Army or a fan of TWICE, if you’re searching for K-pop idols, you’re probably a devoted follower of the K-pop revolution.

Music enthusiasts around the world appreciate K-pop for its unique style and dance techniques which have captivated fans’ hearts by the millions. Famous K-pop idols are undeniably talented, and it’s no wonder that an entire generation considers itself part of the K-pop army.

K-pop idols have taken the entire entertainment industry by storm with their unique contributions to the global music industry and the world of dance. From music, to dance, to style and outlook, these idols are on fire! 🔥

‍Hey, thanks for reading our content. Claim your 30% off when you use UNEED2KNOWKPOP30 coupon code when you register for our STEEZY dance classes yearly subscription.

Junkook or Jeon Kenoggul, a vocalist for BTS, is one of the most popular music idols in the entire world and not just in K-pop. In the United States alone, there are millions of fans that are just slightly short of considering him a living god!

With a net worth of around $20 million, Jungkook was the most-searched male K-pop idol on both Google and Youtube in the years 2019 and 2020. Part of the reason why Junkook is so famous is that he wasn’t rich or popular when he started. He had a very humble beginning. 😌

Junkook started his career while he was in middle school when he auditioned for the third season of the popular talent show: Superstar K in his hometown of Busan, South Korea. Although he was turned down during those auditions, he received several gifts from companies that appreciated his talent.

Did you know that Jungkook dreamed of becoming a badminton player when he was younger?

That’s right! The famous K-pop idol had an entirely different plan for himself. He wanted to become a professional badminton player. But after seeing G-Dragon perform their famous song “Heartbreaker”, he changed his mind and started pursuing music and singing. Lucky for us, don’t you think? 😍

On June 12, 2013, BTS released its first song 2 Cool 4 Skool with Jungkook as the lead vocalist. Jungkook did turn out to be 2 Cool 4 Skool when he received his degree from the GCUDE, South Korea, which led to him winning the school’s President’s Award, which was the highest award given out by the school.

Born as Pranpriya Manoban, Lisa, from Blackpink gained popularity last year in September when her new album Lalisa sold over 7 million copies in just a matter of days. She set a record for the most albums sold by a female artist in all of South Korean music history!

Did you know that Lisa means “the one being praised” on the advice of a fortune teller to bring prosperity?

Guess that fortune teller had something going on, don’t you think? 😃

As Blackpink’s lead singer, Lisa has curated her unique style not only in music but also in dance. This talented K-pop idol raps, moves, AND grooves, all while being this pretty!

Blackpink is one of the most popular music bands in not just the K-pop sphere, but also in the world.

Lisa is also a very strict dance mentor. She can be seen pushing her students to become better at a dance in rehearsal videos posted on YouTube.

Related article: 4 of the All Time Greatest K-Pop Groups Everyone Should Know

Kim Tae-hyung is another BTS ARMY general that makes the top of the global music and dance artists list. Commonly referred to as “V”, fans are predominantly focused on his eyes which they find attractive.

Did you know that V is referred to as “4D” by other members of BTS which is Korean slang for weird, eccentric personality?

V always has a different reaction during any given situation. He does things randomly and unpredictably, which is why he’s one of the funniest members of BTS. The rest of the band always gets surprised by his eccentric personality which is why they refer to V as 4D. 😂

V gained significant traction when the song No More Dream debuted on BTS’s first album which was released on June 13, 2013. He’s also the one who wrote Fun Boyz which Suga admittedly helped him with.

V has also started in Hwarang’s The Poet Warrior Youth, a Korean television series. Because of his BTS rapport and his television career, V is worth somewhere between $19 and $20 million.

Blackpink's latest sensation and top K-pop idol in the world is Jisso. Like her music career wasn’t enough, Jisso also has a massive following on Instagram which she uses to share her beauty routine and collaborates with top Korean and international cosmetic brands.

Did you know that in addition to her native language of Korean, she can also speak Chinese, Japanese, and English?

Jisso created the original Dot Style - a makeup idea, that’s pretty popular in the United States and Western Europe. It involves having four dots around the eyes which has turned into a popular feminine K-pop symbol.  You can read more about the Dot Style here. 😌

She humbly started her career humbly by auditioning for YG Entertainment and performing cameo roles for various song videos by popular K-pop artists such as Bobby and Hi Suhyun. Because of her unique fashion sense, she was also featured in VOGUE magazine.

With her Blackpink career, YG Entertainment contracts, and her side hustle as an accomplished actor, Jisso has an estimated worth of around $15 million.

The handsome hunk of the group and talented K-pop idol: Sehun is the lead rapper and lead dancer for EXO, EXO-K, and EXO-SC.

Back when he was 12, an SM Casting Manager noticed Sehun and his buddies eating lunch. He was so young, that he followed his parent’s advice of ‘not talking to strangers’ and avoided the casting manager for 30 minutes before being handed out a card. 😄

He auditioned four times and became the fifth member of Exo on January 10th, 2012.

Did you know Sehun is considered the most pampered member of the Exo group?

Fans swoon over his good looks and dance styles which he performs with such excellence, leading the rest of the Exo group.

Sehun says he loves to focus on the emotional aspects of each dance move of each move rather than their methods. It’s pretty evident in the time and energy of each of his steps.

He feels that focusing on the emotional aspects of dance is an essential component of the art itself. Without this, Sehun thinks, dance cannot be complete.

One of the most successful K-pop idols in the world is Jennie who debuted with Blackpink back in 2016. She released her famous song Solo in November 2018 which gained her massive traction. Her music career made her the most successful female idol that same year gaining massive fame worldwide.

Did you know that Jenni learned Spanish when she was in New Zealand? 🤯

Her first appearance was on Who’s that girl? by YG Entertainment in 2012. Her photograph captioned Mystery Girl became the most-searched topic on Google and other search portals.

Blackpink girls are already at the height of their fame. The single releases by the band such as Boombayah, and As If It’s Your Last have made a significant impact on not just Korean popular culture but also in the West.

Jimin’s popularity can be best explained by the fact that he’s an unofficial pronoun that is being adopted by a majority of K-pop enthusiasts around the world. Because of his gender-neutral dressing and advocacy for trans rights, including his famous question “What the heck is men”, K-pop fans around the world lauded his appearance and outlook on life.

Did you know that Jimin’s favorite number is the number 3?

In the world of dance, Jimin has a special place. The action, space, and energy in his moves are something that all dance enthusiasts are impressed by.

Jimin debuted in 2013 as a member of BTS. He did so under the record label Big Hit Entertainment. He’s also considered the best singer in the group.

Although he’s a hard-core member of BTS, if he were ever to split and go solo, he would have a prosperous career on his own as well.

Whether you’re a new K-pop fan or hard-core “Sasaeng”, if K-pop has your curiosity, then it’s safe to say that you might have some questions. We have curated answers to some of the most sought-after questions on K-pop on the web.

Why Do K-Pop Idols Wear Makeup?

It’s quite common for male idols in the performing arts to wear makeup. It’s part of their routine. Actors, singers, and dancers all have to rehearse over and over again right up to their performances. Make-up helps prevent them from looking tired and washed out.

Why Are K-pop Idols So Skinny?

K-pop idols maintain a healthy caloric deficit in all of their diets. If for example, they weigh 120 150 pounds, they eat less than 1800 calories a day to maintain their body weight and the same body fat percentage.

Who Are The K-pop Idols That Joined The Film Industry?

These idols are Joy (Park Sooyoung), Son Naen from the band Apink, Kim Tae-hyung aka “V “from BTS, Suho from Exo, and many more.

What K-pop Bands Are At The Top Of Their Industry?

K-pop bands that are at the top of the industry include BTS, Blackpink, EXO, Bigband Twice, Girls’ Generation, and Stray Kids.

Can You Learn To Dance Like Your K-pop Idols Without Any Talent In Dancing?

Dancing like all forms of art is a discipline. It follows set practices and methods which means they can be transcribed, communicated, and they can be taught.

If you’re a K-pop enthusiast and would like to learn how to dance like your K-pop idols, then here are some tips you can follow to get better at dancing to your favorite K-pop songs:

If you want to learn dance choreographies that are specifically designed for beginners, and that can allow you to learn K-pop dance step-by-step, then you can use platforms like STEEZY, which is the Netflix of dance.

STEEZY allows you to learn from world-class instructors from the comfort of your home. Learn at your own pace and reach your dance goals in no time!

Tags:
K-pop Idol
Sharing is caring.
Copied to clipboard
You're in.
Try that again...