A Crash Course On The East Coast Dance Community

A Crash Course On The East Coast Dance Community 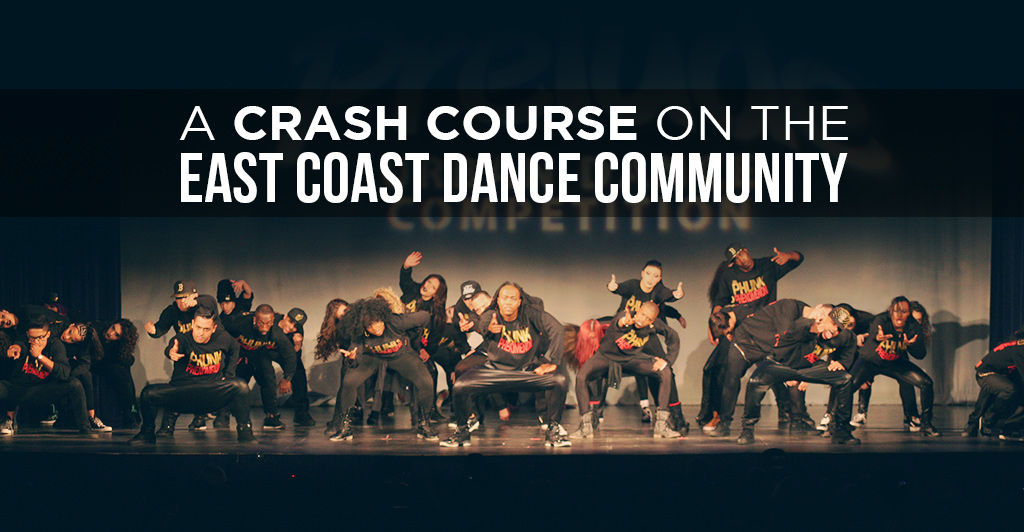 The east coast dance community is sometimes overlooked nowadays, despite having such a predominant hold over hip hop dance throughout the 80s and 90s. B-boy crews like Rocksteady Crew, Dynamic Rockers and NYC Breakers have held tops spots of our hip hop history. The Universal Zulu Nation helped to keep things together through hard times and still do today.

Hip Hop dance partially disappeared for a period of time, but the raw potential and hunger of the dancers has helped to bring that community back to the forefront. Inspired by films and music videos of the 80s, 90s and early 2000s the excitement to bring dance crews back was inevitable.

More opportunities began to emerge for dancers and the fire to compete grew larger and larger. Teams began to incorporate more elements in to their choreography hoping to one-up the next crew. The competition life evolved as teams began to train harder, more teams started to appear, and the competitions began to expand further out of the tri-state area. The expansion warranted reasons to find more outside influences and to train differently.

A Crash Course On The East Coast Dance Community[/caption]

The YouTube era opened the world to dancers as they could now view what others were doing all over the nation. Movement began to be more and more influenced by west coast dance crews like Gen 2, Funkanometry, Choreo Cookies, Lost Kids, Kaba Modern and many others. Dancers wanted to be cleaner, sharper, more musically inclined and creative like these teams using themes, different types of music and elaborate staging all the while trying to remain true to that east coast flavor.

Each area’s unique style of dance allows for a different experience every performance. The diversity brought to the stage by each crew or company shows in a way the story of their upbringing and their cultural influences. In my personal experience, I have enjoy visiting the DMV (Washington DC, Maryland, Virginia) area because it reminds me most of how hip-hop started and how dancers are so hungry for knowledge.

I feel extremely refreshed after teaching or taking a class. It’s a feeling that sometimes I feel is lost in NYC, because of the egos that many of us have gained. All in all however, that hunger is slowly coming back and dancers are starting take notice and train themselves in foundations to become stronger at their craft. The east coast dance community is yet again reborn and bringing that rawness back.

Is there more about the east coast dance community you would like to add? Leave a comment below and share your knowledge!Whether you're on the east coast or west coast, the beauty of dance is that just as styles differ from city to city/coast to coast, reasons for dancing differ from person to person. Click here to think about what your 'why' is!