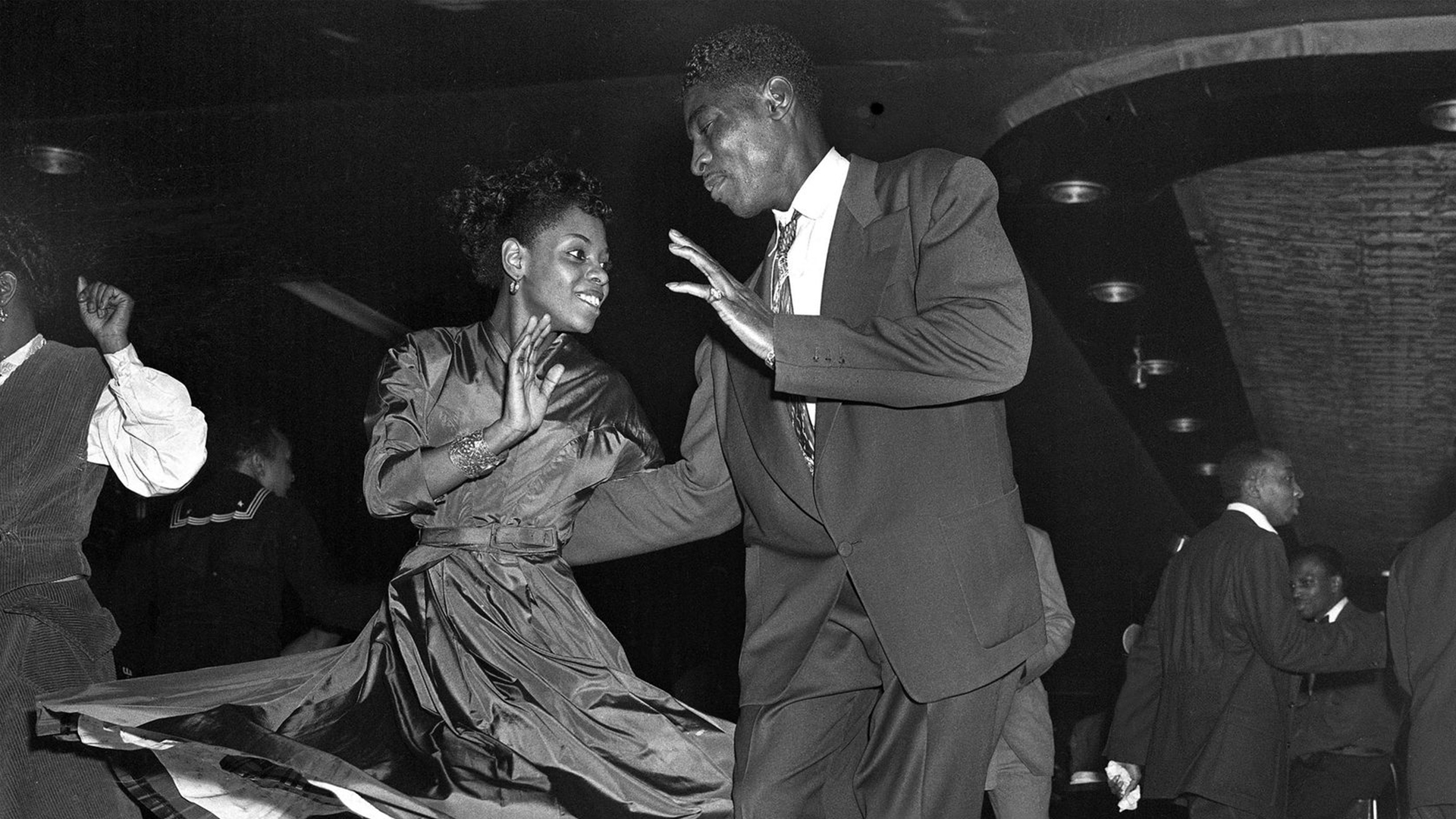 As a Black woman, there’s one thing I know for sure: Black culture is inextricably linked with a love for great dancing.

But why then, when I took dance classes in school, was I not told that Lindy Hop came from the Black community?

Why did History classes always focus on the struggles of the Black community, while skipping over many of our artistic contributions to the American consciousness?

Why was the first Black principal ballerina in the American Ballet Theatre selected in my lifetime?

At this point, in 2021, I feel a deep need to remind both those who look like me, and those who don’t, that much of American culture rests on the backbone of Black culture, and to live without acknowledging that robs Black Americans of pride, power, and the ability to dream.

In this article, I’d like to celebrate just a handful of the incredible contributions that Black culture has brought to dance, as an encouragement toward educating people of all colors, and as a love letter to the Black kids like me.

Getting Into The Swing of Things

When the media reflects on the 1920s, we’re often met with images of pale-faced flapper girls doing dances assumed to be “theirs.”

In reality, the 20s dance movement was born in Black communities like Harlem, New York, where famous Black dancers were inventing partnered dances to pair with their style of music – Jazz.

Out of informal Black parties came dances like The Texas Tommy, a partnered two-step dance featuring playful swing-outs that would later evolve into Lindy Hop, as well as the Charleston, a fast-paced dance peppered with leg kicks and arm swings that became the most iconic dance of the era.

Even as White crowds frequently snubbed the average Black dancer and clubs, 1920s Harlem experienced a surge of pride and creative exploration that laid the groundwork for dances like Lindy Hop to thrive past racial boundaries.

At popular clubs such as The Savoy Ballroom, both White and Black dancers flocked to hear artists like Duke Ellington and Count Basie, and the Black couples led the way in experimenting with acrobatics and eye-catching moves that eventually caught the attention of reporters, filmmakers, and Broadway.

It was also out of this blossoming of Black dancers that we got national treasures like Josephine Baker whose famous stage performances went beyond the Charleston to feature next-level hip shaking that would set the stage for dance-lovers like Beyoncé and Shakira decades later.

If The Shoe Taps, Wear It

When it comes to famous Broadway musicals and American musical films, a Tap Dance number is often considered a staple if not a requirement.

However, Tap existed long before the White-dominated Broadway scene.

Tap Dance, like many dances, was fueled by the lived experiences shared by African dancers and Black Americans. What we recognize as Tap today was shaped in the 1700s, as Black dancers found creative ways to merge everything from Irish Jigs to  spiritual dances with traditional African steps.

You can even see the socialization and lifestyles of famous Black Tap dancers, simply by observing the ways they moved.

For example, Bill “Bojangles” Robinson (often called the father of Tap), personally knew Irish dancers and experimented with a more vertical style, with a stiffer posture and frequent jumps. The Nicholas Brothers, a famous, self-taught dancing duo, gravitated toward more grounded, polyrhythmic movement that matched the drum beats played by their father.

Famous Black dancers were brought onto the musical stage to perform staccato moves to the Jazz music they had become famous for, and metal-soled shoes were used to make the sounds loud and clear for large theaters and movie audio.

Years before Fred Astaire and Gene Kelly were becoming synonymous with American Tap, Black dancers like Bill “Bojangles” Robinson were already getting down on film.

A long-time Tap Dancer, Bill Robinson danced in this film at 70 years old.

By the 1950s, Black musicians began swapping horns and traditional string instruments for Electric guitars. These guitars acted as the ideal sound for mixing Freeform Jazz, Blues, Gospel, and Country into one art form – Rock and Roll.

While Elvis is indisputably known as the King of Rock and Roll, his style of music and dance existed years before his first stage performance.

Like many White artists at the time, Elvis would re-record songs from Black musicians, rather than creating original work. For example, his 1955 hit, “Hound Dog”, was an altered version of Big Mama Thornton’s “Hound Dog” – which she released in 1952.

So, of course, it doesn’t come as a shock that Elvis’ “signature” grooves were inspired by Black artists like Chuck Berry, who would point his knees inward and gyrate on stage.

Throughout the 50s and early 60s, White kids danced to Black songs at their jukebox joints, and would intentionally look to Black teenagers to learn new dance moves.

For instance, one of the most famous dances of the early 60s, the Twist, spread like wildfire after Dick Clark saw White kids copying the move from Black kids dancing to the OG singer of “The Twist” – Hank Ballard. Clark featured it on his show, American Bandstand, but only after requesting to have a White music artist re-record the song to ensure it wasn’t “too suggestive” for his audience.

During the 1970s, American Bandstand was eclipsed by Soul Train, a national show that featured Black music artists and dancers who grooved their way down lines of onlookers.

Locking became a popular style on the show, as it centered heavily around self-love and pride that Black Americans were beyond ready to express.

OG Poppers like Pop’in Pete and Lockers like Don Campbellock can both be seen sharing their styles on Soul Train, influencing how people danced around the country.

On the East Coast, Hip Hop parties led by Black DJs and dancers started to take hold of South Bronx, introducing Breaking – a dance style featuring high-energy, athletic moves and rocks that gave young Black dancers a way to express themselves and battle each other without engaging in gangs.

Breaking was/is such an engaging style to watch, that it’ll be the first dance to become an Olympic sport in 2024!

An Era of Icons

In 1981, the launch of MTV brought dance styles and moves pioneered by the Black community into homes through highly produced videos from music icons such as:

Meanwhile, in the traditional dance scene, Black dancers trained in European dance styles were breaking down barriers and causing a stir all their own.

In 1980, dancer and choreographer Debbie Allen earned critical acclaim for her roles in both the film and TV adaptations of Fame, before going on to direct and choreograph dozens of American staples such as Cat On a Hot Tin Roof and Fresh Prince of Bel Air.

In 2001, she founded the Debbie Allen Dance Academy where she continues her legacy, encouraging young Black dancers who want to learn everything from Ballet to Hip Hop.

Another notable 1980s star is Lauren Anderson – a Black ballerina who was promoted to principal dancer of the Houston Ballet in 1983. Like many Black ballerinas before her, Anderson was told she “didn’t have the body for Ballet,” but her talent and ethic was unmistakable.

Today, Anderson has dedicated herself to teaching those previously excluded from the Ballet community.

While Breaking was the original dance style pioneered by Hip Hop culture, young black Hip Hop dancers began incorporating easier-to-learn party moves like The Prep and the Running Man into their sessions in the early 1980s.

Dancers like Buddha Stretch (who’s often referred to as a key dancer who bridged the Ol’ Skool and New Skool Hip Hop eras) started taking their favorite party dances with them to perform at clubs.

The performances were so popular that the moves caught the attention of not only crowds, but musicians who wanted to incorporate them into their music video choreography.

Buddha Stretch went on to choreograph for artists such as Michael Jackson in “Remember the Time” and Will Smith in “Gettin’ Jiggy Wit It” – this brought Hip Hop party moves to the screens of young people across America.

“Dance is the celebration of life, and everyone wants to be able to do it to the music they love. As more Rap and Hip Hop records sold, the dances spread with the music just as fast.” - Buddha Stretch

Movies like House Party also showed what was going on in Black spaces to the rest of the world, and Black Hip Hop dancers invited everyone to join in, as long as they did so from a place of authenticity and respect.

If you know any TikTokers who don’t know where some of their moves originally came from… point them to this video. ;)

TV shows like The Fresh Prince of Bel Air debuted some of the most iconic moves and moments in dance media history, while simultaneously showing audiences a completely different side of what Black life could look like.

‍
At basketball game half-times, Black DJs pumped up stadium jams and invited the whole crowd to execute Black moves like the Tootsee Roll in unison.

By the time the new millennium rolled around, Hip Hop and Rap accounted for 90% of the music played at parties and school dances around the country.

But it wasn’t just moves that came out of the culture at this time. Black dancers were still iterating entirely new styles of movement.

The art form is still used to express Black power and pain over a decade later.

On the East coast, the Lite Feet community rose up in subway cars across New York City, where young Black dancers gathered to perform explosive moves to the applause of onlookers.

And through MTV and YouTube, every girl across America (and the world, really) found themselves copying Beyoncé…

Her quick floorwork in “Crazy in Love”

Her sweet grooves in “Love on Top”

On another stage, across America, Misty Copeland was changing the game in a totally different way.

As the first Black ballerina to be promoted to principal dancer in the American Ballet Theatre, Copeland became a new symbol of Black dancers being able to take up space in any dance style they chose.

Having grown up poor, and battled several roadblocks to her success as a dancer, Copeland has spoken out against still present blackface used in the Ballet community, and dedicated her life to reimagining what Ballet bodies look like.

When asked about the dissonance between how Black dancers have seen themselves, and the way they’ve been represented throughout history, she simply says:

“It’s time to write our own story.”

I hope you enjoyed learning about the many powerful Black cultures that have shaped American dance – but of course, these are just a handful of threads in a wider tapestry of amazing Black work.

In order to make sure the next generation of Black kids don’t grow up like I did – unsure of their cultural history, more focused on pain than pride, wondering if they don’t “belong” in certain spaces – it’s pivotal to keep learning, teaching, and growing together.

And it’s just as key for all Americans to cultivate love and respect for the cultures that have shaped their day-to-day lives.

What Black contributions to the dance space do you think merit more discussion and teaching?

Leave a comment below to keep the conversation going.

Thanks so much for reading!

What to Read Next:

What is Hip Hop Dance?

What is Authenticity in Dance?