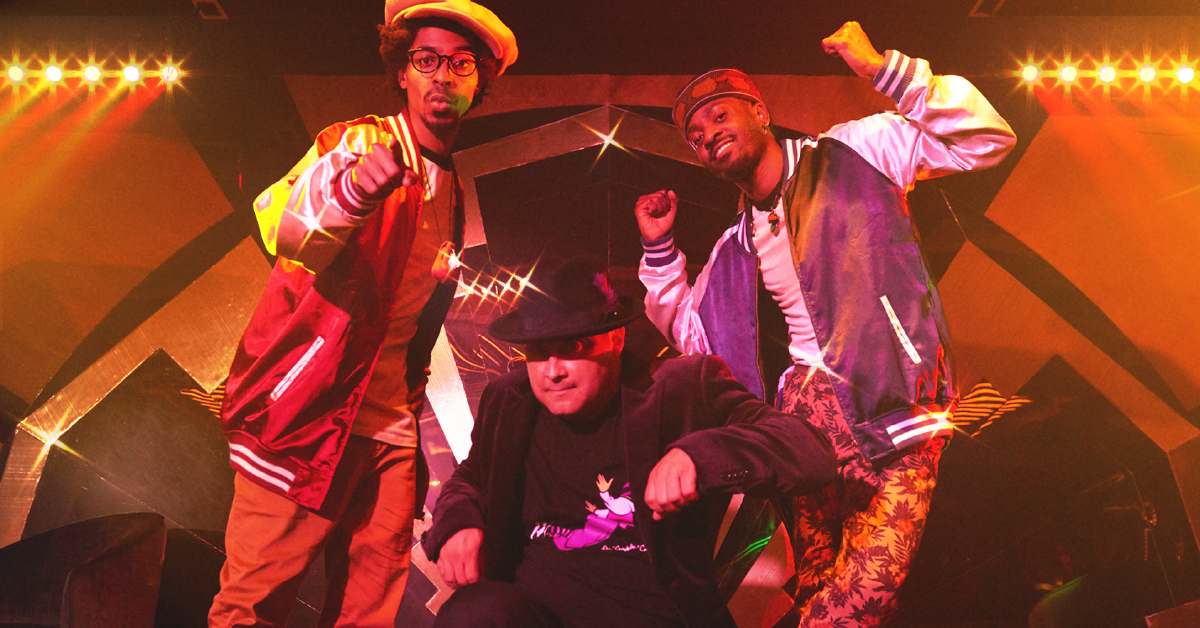 During his time at college, art student Don Campbellock could often be found by the jukebox in the cafeteria, drawing sketches of the students dancing to the latest 70s funk tunes.

He had always admired the way the dancers moved, but didn’t feel like he could look as good as they did.

And at first? He didn’t.

Don tried his hand at the Robot Shuffle, and struggled so much to get it right that he ended up doing an entirely different move.

But to his surprise, the other dancers loved his move even more.

They started to shout:

And with that, the art of Locking was born.

THE SPREAD OF LOCKING

After Don got a taste of dance through that first signature move, he began looking for more ways to explore the art.

His “Lock” move was a playful arm/body freeze that was timed to emphasize striking moments in the music.

In order to fill the space throughout the song, he started experimenting with other movements, like the Hambone, Wrist Rolls, and Points.

From clubs and parties, Don started bringing his most crowd-pleasing moves to local competitions where he and his fellow students would battle for cash.

Word got out about Don’s emerging dance style, and soon he found himself performing for talent scouts of the hit show, Soul Train.

Don was selected for the 1971 season of the show, where he went toe-to-toe with dancers of different styles before making it to the grand finale.

Throughout that season of Soul Train, Locking spread across the US as the hot new dance to learn. This also landed Don a record deal to create music to promote his dance.

In 1972, Don took off on a US tour, where he performed his signature dance along with his song, further spreading the style and paving the way for the worldwide Locking competitions, shows, and workshops we see today.

THE CULTURE OF LOCKING

The Locking art form is now defined as the expression of the individual using the Lock as the base – the starting point for you to be creative. ‍

‍
The main tenet of Locking is to be yourself!

Don and other early Lockers were so dedicated to self-expression that they actually instructed Locking students to step away from what Don was doing and experiment with their own movement.

“When Don first performed the style, he wore suspenders just to keep his pants up. Now, you see Lockers still wearing suspenders just like him, but he woulda told you to wear your thing. So wear it. Do it. Be yourself in every aspect of how you approach the dance.” - Dennis Danehy, son of Don Campbellock

In addition to self-expression, another tenet of Locking is self-love.

Don loved the power and pride instilled by music artists like James Brown, who hyped themselves up just as much as they did others.

This is why we see popular Locking moves like “Giving Yourself Five” where you’re literally acknowledging yourself!

After months of touring and teaching Locking culture, Don founded his first crew of Locking dancers, called the “Campbellock Dancers.”

The crew was composed of solo dancers who would each step out of line to perform their solo, while the remaining dancers kept time in the background.

It wasn’t until Don met another dancer named Toni Basil, that he chose to explore a more cohesive act.

They had partnered in 1972 to compete in US contests, but found that they didn’t stand a chance against the traditional styles danced in small-town dance halls.

Toni and Don decided to put together a larger crew for flashier, more choreographed performances, and founded “The Lockers.”

These crews became monumental to Locking’s emergence in the street battle scene.

While Locking was initially a solo dance, Soul Train and competition shows called for thoughtful staging and a larger library of foundational moves to create choreography.

So, The Lockers and other dance crews took existing moves from other styles and “lock-ified” them for the background.

Authentic Locking instructors still teach these moves in workshops, however, they are emphasized as being secondary to the foundational moves Don first created.

For surviving Locking pioneers and current Lockers, preserving the history and culture of Locking is of the utmost importance, so they urge dancers to learn it from those who are as close to the source as possible.

Dancers can find Locking hubs in larger US cities such as New York and LA, as well as in international training hubs like Paris.

Keep an eye out for some of the most popular competitions!

You can also learn all of the moves above and more with the “Intro to Locking” program on STEEZY Studio, designed by Dennis Danehy and taught by Locking legends Alain “Hurrikane” Lauture and Omar “FireLock” Thomas!

On STEEZY, you not only get to learn the style from the perspective of Don himself, but also get the help of intuitive tools that give you full control of your training experience.

“The important part is to sift through the cultural narrative and make sure you’re getting the intention for each movement. That’s why this program is extremely important. You can get guided practice, honesty, and the BEST possible tools for training!” - Dennis Danehy

Tap below to learn more!