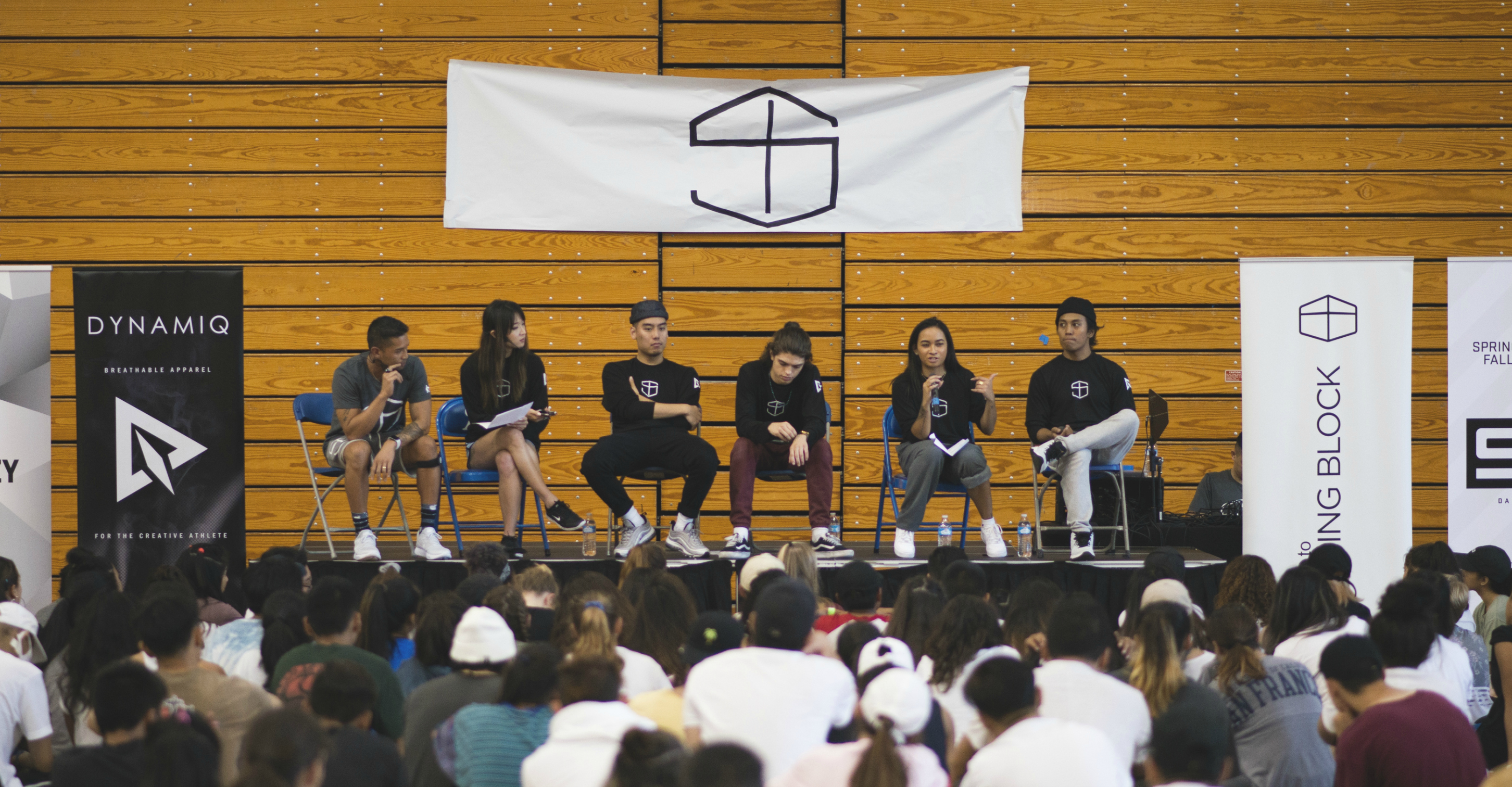 What’s the difference between Urban Dance and Hip Hop? Are they the same thing? How do they relate??

Our inbox is full of questions asking about the differences between certain styles, why this style is called this, if one style is in another style’s “umbrella,” and so on.

To answer these questions, we compiled tons of information on these styles:

‍There’s lots of interesting dialogue surrounding each of these dance styles.

(Which we’re always open to hearing! Email jessie@steezy.co if you wanna chat.)

But in this article, we’re gonna focus on the fact that many dance styles that are not Hip Hop are often incorrectly labeled so.

NOTE: Since the initial release of this article, we're no longer using the term "Urban Dance" at all! Read about why here.

Hip Hop is a culture

In "What Is Hip Hop Dance" we talked about Hip Hop dance having 2 forms: Breaking and Party Dancing.

Hip Hop was born in the 70’s in the Bronx, New York. It was a way for the oppressed, underserved youth to express and empower themselves, feel validated, gain respect, connect with each other, and have fun.

Hip Hop is a culture, a mindset, a way of life. The forms associated with it – dance (Breakdance, Freestyle Hip Hop, and Litefeet), art (graffiti), spoken word (emcee/rap), and music (DJ, production), fashion, and so on… They are ways that the culture of Hip Hop manifests.

So Breaking and Social / Party Dancing were the forms of dance that came out of this setting.

And when you call a style of dance “Hip Hop,” you’re alluding to a whole culture, one that has deep socio-political and personal roots of those that created it.

Hip Hop is a living, breathing organism, one that grows and moves with the times and its people. Hip Hop music has changed, the dancing has changed, but it always roots back to the Black and Latino communities that created Hip Hop culture.

The word started to be recognized by mainstream media, and pretty soon dance studios were labeling their classes “Hip Hop.”

Though these studios were probably well-intentioned, the majority of them did not have qualified teachers who knew, understood, and lived a Hip Hop experience.

Someone can tell me what to say in a different language, and I can copy them. Mimic the sounds, tonalities. But if they asked me what I just said, I’d have no idea. That’s what was happening.These studios didn’t teach authentic Hip Hop classes that paid due tribute to its roots and culture, but used the hype surrounding the label, more or less, as a marketing strategy.

If a studio is teaching Hip Hop “moves” that have nothing to do with Hip Hop music or culture, they’re removing the very essence of what makes the style.

The Source Magazine started out as a record pool for DJ’s, and rap artist’s records. The tagline on the magazine was “The voice of the rap music industry”.

Later the Source changed that to The Magazine of Hip-Hop music, culture and politics.

The Source was influential in the Music industry’s change of categorizing rap music to Hip-Hop music as it was considered the “voice of the Hip-Hop nation”.

What has since transpired is the term Hip-Hop is basically used to define anything Black and Brown youth/young adults are doing, whether its music, fashion, gang activity, etc.

Popular TV shows and movies also contributed to the faulty understanding of Hip Hop as well.

The Step Up Franchise, Stomp The Yard… they displayed Hip Hop in a way to make it feel cool, but safe. The more mainstream Hip Hop became, the more money they made. But at whose expense?

The true meaning of “Hip Hop” was, essentially, plucked out of its home and disseminated to the public as a blanket label.

When I think Hip Hop, I don’t think of studio choreography. I think of jams, clubs, circles, people freestyling and doing their own thing, their own way. It’s great that Hip Hop styles got featured a lot more in the media; this created jobs and opportunities. But it’s also why everything is labeled Hip Hop now.

The movements in Hip Hop all have socio-cultural significance. They signify real, lived experiences. So if you do them by taking or borrowing the moves without understanding these things, you’re dismissing the deeper value of Hip Hop.

Urban Dance and Hip Hop are different, not just in how they manifest, but in the culture that they come from.

So… What is Urban Dance, then?

What we understand as “Urban Dance” – the world of teams, rehearsals, competitions, and concept videos… it’s not exactly Hip Hop.

Because the common thread of Urban Dance isn’t even a style of dance, but an act.

It’s choreography. Choreography that is more or less completely up to the individual choreographer.

They draw from whatever style(s) that they trained in or were influenced by, or come up with random moves with no stylistic origin – to interpret the music in their own way.

For example, Franklin Yu’s Popping background led to the isolations and hits in his choreography.

And Chris Martin used to be a b-boy, which you can see in all his crazy footwork and athletic floorwork.

They both do “Urban Dance” and teach at “Urban Dance” workshops in “Urban Dance” styles – but their actual dance styles are totally different, because they have different dance backgrounds, as well as different personalities, life experiences, tastes in music – all the things that contribute to the choreography process.

Many Urban dancers do draw from freestyle Hip Hop, Breaking, and street / funk styles to influence their choreography, which is one reason people associate “Urban” with Hip Hop.

And that’s also why it gets so confusing trying to explain what style “Urban Dance” is, and why it’s not really Hip Hop.

But sigh, “Urban” isn’t a perfect label, either

“Urban Dance" is, whether it's "right" or not, what we came to call this choreography scene.

It sounds and feels nice, and it is a few degrees better than calling it “Hip Hop,” but it’s not as accurate in its literal sense, either.

"Urban Dance” is more of a mindset, because the choreography can be made up of anything and everything you want. It’s like freestyle Hip Hop – you can pull from multiple dance forms to create something new.But the literal word “Urban” denotes black origin. It’s another way of saying “ghetto” but without the negative connotation. That’s where the misinformation becomes a problem – Hip Hop IS ghetto; it’s always been the voice of ghetto oppression. To use “Urban” is to allude to that, without actually being ghetto.

THEN WHAT THE HECK DOES ALL THIS MEAN?

When I talked to Stretch, I kept asking questions regarding the differences between dance styles. But he challenged me think differently, to look at the similarities and connections, instead.

The lineage of dances is so interesting…If you explore humanity and DNA, you start to understand that ethnicity and race are just labels we made up to try to understand things we don’t understand. Japanese, African, European… Underneath those words, we’re basically the same – same tools, same DNA.If you look at dance from that standpoint, you stop thinking about it as Popping, Locking, Ballet, Jazz. You just see it as dance. And that’s a hell of a lot more interesting for everybody.

I like it. Movement is movement, whether you freestyle or do choreography, in whatever style.

Because the important part isn’t so much the moves, but the people who made them.

What Moncell said spoke volumes to me as well; the Urban Dance scene is its own culture with its own events, nuances, inside jokes, rituals, personalities, and values.

Urban Dance and Hip Hop may not be the same – heck, it’s arguable that it should even be called Urban Dance.

But whatever you call it, it’s a pretty cool thing in itself.

Tags:
what is hip hop
what is urban dance
Sharing is caring.
Copied to clipboard
You're in.
Try that again...