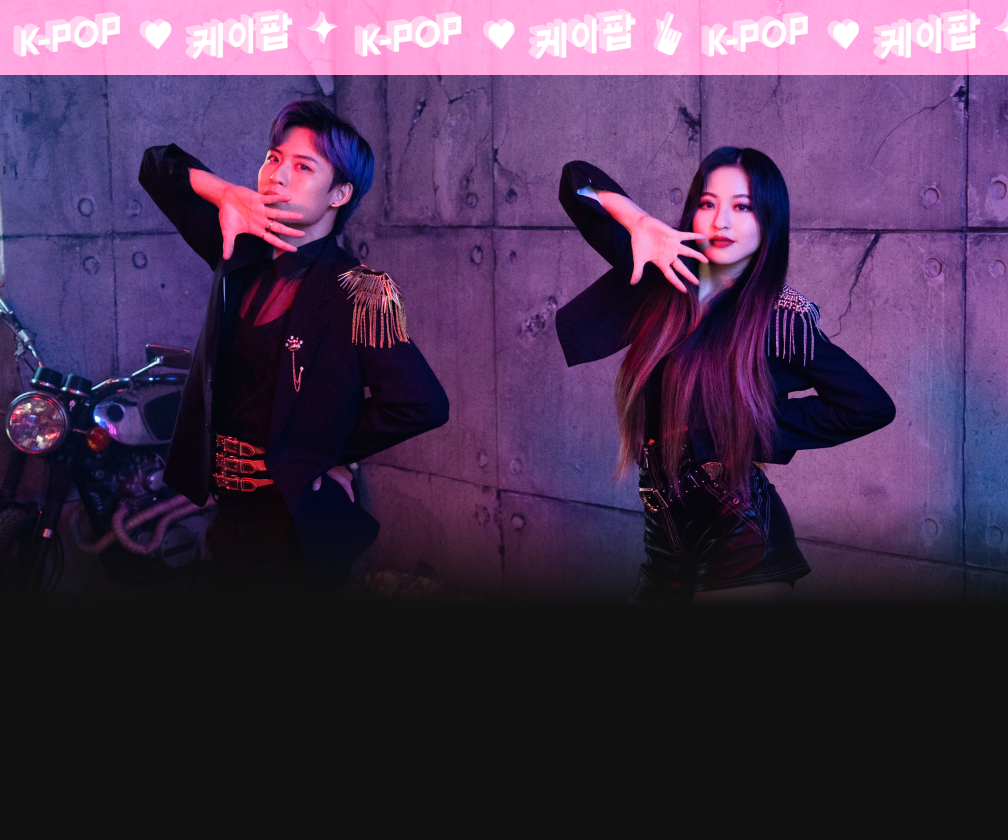 K-Pop (aka Korean Pop) is a genre of music that has taken the world by storm in recent years.

Though it originated in South Korea, K-Pop has gained a global following, with millions of fans around the world.

Let's explore the history, get familiar with the key moves of K-Pop dance, and learn some easy tips to help you learn the choreography faster.

K-Pop, or Korean Pop, is a Korean music genre that draws on a wide range of popular music styles.

However, one of the key things that sets K-Pop apart from other music styles is the focus on choreography.

K-Pop has its origins in the Korean music scene of the early 1990s.

At that time, various musical genres were popular in Korea, including Folk, Rock, Jazz, and Hip Hop.

In 1992, Seo Taiji and Boys became the first Korean group to achieve success outside of Korea with their song "Nan Arayo" ("I Know"). This song is credited with starting the Hallyu Wave, which refers to the global popularity of Korean pop culture.

Around this time, the "idol" group format began to take off, with groups like DBSK, Super Junior, and Girls' Generation becoming some of the biggest names in K-Pop.

Today, K-Pop is more popular than ever, with groups like BTS, Blackpink, EXO, and Red Velvet achieving massive global success.

K-Pop artists are now touring worldwide, and their music is streamed by millions of people every day.

What sets it apart is all about creativity, teamwork, precision, energy, and passion.

The best K-Pop dances are performed by a group of dancers who are incredibly in sync with each other.

1. Formation changes - this is when the dancers change how they are standing or moving in relation to each other. You can do this by forming a line, a circle, or any other shape.

2. Group choreography - this is when the whole group performs the same dance moves simultaneously. This is one of the things that makes K-Pop so unique and visually appealing.

3. Precise movements - K-Pop dancers are known for their precise and synchronized movements. This means that everyone in the group should be making the same moves at the same time.

For better visualization, here are clips of some ICONIC dance moves from recent K-Pop history delivered to us by some awesome instructors at STEEZY.

Making “Ddu-Du Du-Du '' the second most-viewed K-Pop video of all time, these hand-gun gestures have won hearts all over the world.

Stray Kids is a group that made waves with their unique sound and dance moves.

The cute and talented ladies from Girls Generation won hearts thanks to the great dancing and catchy music in their song “Gee.”

Don't try to learn the entire dance all at once. Instead, focus on one section at a time and then put it all together once you've mastered the individual steps.

This will help you see how your body is moving and make sure that you're doing the steps correctly.

This will help you get a feel for the timing of the moves and make it easier to learn the dance.

Once you've mastered the dance at a slower speed, you can then start to practice it at the original tempo.

It can be helpful to have someone else watch you as you're practicing and give you feedback on your progress. Show them your vibe!

Ways to get started with K-Pop Choreography

Given the rise in K-pop popularity, there's a chance your local dance studios are offering K-pop dance classes!

This is a great way to learn choreography in a more structured setting.

Another great tip is to practice with friends.

K-Pop is more fun when you're dancing with others, and it's also a great way to learn from each other. Practice together and help each other out when you get stuck on a move.

One of the best ways to learn K-Pop choreography is to find a tutorial online.

There are many great tutorials available, ranging from beginner to advanced.

Find a tutorial that matches your skill level and start learning!

Finally, don't be afraid to make mistakes. Everyone makes mistakes when they're learning something new. Just keep practicing and have fun! You'll get the hang of it in no time.

It's easy to get intimidated by all the fancy moves in K-Pop music videos but don't you worry!

One of the easiest ways to get started is to find great instructors that can break down those complicated steps into seemingly bite-sized lessons and for that, I've got you covered!

Get to know some of the most talented instructors and the K-Pop songs they're teaching below.

Based in Los Angeles, Linda is a dancer, choreographer, trainer, and K-Pop cover artist.

She's danced for a variety of teams, including GRV and SoNE1.

Linda teaches at several popular SoCal studios every week, including Urban LA & Vibes LA. She also had the opportunity to co-found her own K-Pop cover group, SHERO!

[Insert Photo of Ellen and Brian]

Ellen Min and Brian Li are a Los Angeles based dance group known for their YouTube covers of popular K-Pop songs.

After attending the same dance team in high school and then enhancing their love for K-Pop dancing and culture throughout college, they began to share their favorite routines with the world via social media.

They help their pupils discover a sense of stage presence and uniqueness in each routine!

Here are Ellen and Brian with a dance cover for “Pretty Savage'' by BLACKPINK.

Ellen and Brian make it easy to understand your favorite K-Pop moves from a guy and girl's perspective. You can bring your significant other to dance along with their classes!

Jing Huang is a dancer, K-Pop cover artist, and member of the Koreos dance group. She joined Koreos a year after it was founded at UCLA, solidifying her desire to focus on K-Pop dance.

Jing teaches thousands of her followers K-Pop moves through her various social media followings. She encourages her students to find their own personality in their dance, connect with the music, and bring their performances to life!

Jing shows us her master of the popular Dynamite by BTS.

As you can see in the video, Jing's style of coaching is very beginner-friendly, making her one of your best choices for learning K-Pop dances.

The number of views that some K-Pop videos have is just insane. Check out the 3 most popular of all time!

This video was uploaded in 2012 and is currently the most-viewed video on YouTube with over 4.3 billion views. It's a catchy song with an equally catchy dance, and it's no wonder why it's so popular!

This video was uploaded in 2018 and is currently the second most-viewed K-Pop video on YouTube with over 1.8 billion views. It's a fun, energetic song with a great dance that's perfect for beginners.

This video was uploaded in 2019 and has over 1.5 billion views. It's a more recent K-Pop song that's perfect for those who are already familiar with the genre.

And here are other popular K-Pop videos you can check out:

BTS - The Most Popular K-Pop Group In The World

Now that you know more about K-Pop, let's take a look at one of the most popular K-Pop groups in the world: BTS.

BTS stands for "Bangtan Sonyeondan" which has a literal English translation for "Bulletproof Boyscouts".

BTS is a seven-member group that debuted in 2013 with their song "No More Dream." Since then, they've gone on to release six studio albums, sell out stadium tours, and break numerous records.

So what is it about BTS that has made them so popular?

Let's take a look at three reasons why BTS is the most popular K-Pop group in the world.

Their Music is Incredibly Catchy

One of the things that make BTS so popular is their music.

BTS has released many great songs over the years, but some of their most popular songs include "DNA," "Fire," "Boy With Luv," and "Idol."

More recently, "Dynamite" has found itself breaking into the top 10 most viewed K-Pop videos of all time.

What makes BTS' music so catchy?

One of the things that set them apart is their use of rap. Many K-Pop groups use rap in their songs, but BTS takes it to another level. Their rap is often very fast-paced and delivers a powerful message.

They're Connected With Their Fans

Another reason why BTS is so popular is their connection with their fans.

BTS has a massive global following, and they're always interacting with their fans on social media.

They also make an effort to connect with their fans through their music itself.

For example, their song "IDOL" is all about celebrating their fans.

They're Not Afraid to Be Different

Finally, BTS is not afraid to be different.

In a genre that can often be cookie-cutter, BTS stands out with their unique style and sound.

They're always experimenting with new concepts and ideas, and their fans love them for it.

K-Pop is Taking Over the World!

K-Pop is taking over the world, and there are no signs of it slowing down.

With groups like BTS leading the charge, K-Pop is here to stay.

So if you're looking to get started in K-Pop dancing, now is the time!

Sign up for a STEEZY K-Pop Dance Class today!